The famous impeachment case of this decade is of American president Donald Trump. On Tuesday when House Democrats introduced two articles of impeachment, Trump bashes the inquiry of impeachment by calling the articles “flimsy, pathetic and ridiculous”.

The impeachment articles which were introduced on Tuesday have charged the American President with abuse of power and obstruct of justice. If the Democratic-controlled house passes the articles, Trump would then be the third American President to be impeached. 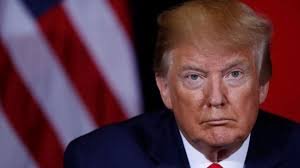 In 2016, Trump won Pennsylvania by less than even 1% points. Recreating the same success in 2020, however, would be tough. A recent poll of Pennsylvania’s registered voters suggests that Trump is trailing leading Sen. Bernie Sanders of Vermont and Joe Biden, the former vice president. 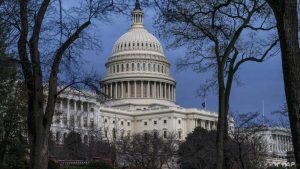 Meanwhile, the trump’s allies insist that the impeachment will not harm his chances of re-election. Instead will strengthen his base.

The reaction of Supporters

Trump supporters are reacting to the impeachment in a different way. A supporter said, “ The way they don’t respect the president is unpatriotic”. Meanwhile, a retired health worker and a Trump supporter said that “The Democratic Party, in my opinion, is anti-American. I’m sorry but it is true when all they want is to impeach him.”

Earlier that day, Lisa announced that she will be suing the FBI and the Justice Department for leaking her private conversations with Strzok. Violating her Right to Privacy and making her an easy target of the President.

While mocking them both Trump said “ Did I hear they needed a restraining order after this whole thing to keep him away from Lisa? I don’t know if that’s true.”

Since the year Trump has won the elections and has come into power, he always managed to make it to the news. Earlier for his statement on women and sexual assault and now for the impeachment.