It’s been almost 100 years since World War 1 took place. This attack has put many countries in a devastating situation. While some of the countries are praising trump’s action, some are calling it reckless and uncalled for. It is evident that the aftermath of this event will not end well because middle-east is in total retaliation right now. The unexpected killing of Soleimani has stirred up an unfathomable reaction. USA and Iran will probably suffer from it in the future but other countries might also get damaged on the international stage.

Therefore, the possibility of Next World War is endless. 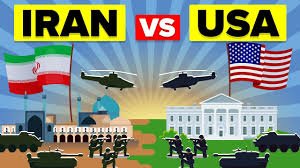 Donald Trump Steps on another Landmine 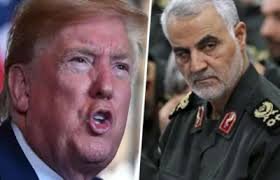 Just a few days after his impeachment, US President Donald Trump has put himself in another controversial act. This time around he has done something that can cause disruption on the global stage. On Friday the US military launched an airstrike on Baghdad International Airport which was ordered by Donald Trump. This airstrike was launched in order to kill Qasim Soleimani who was commander of Islamic Revolutionary Guards Corps. Reports state that a total of 6 people were killed in the incident. Among those people, Abu Mahdi al-Muhandis also became the prey of the US Military.

Many countries have expressed their thoughts on this incident. Take a look at what leaders of these countries said regarding this event. 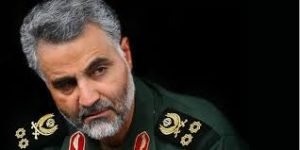 “It is a flagrant violation of the conditions for the presence of the American forces in Iraq and their role which is supposed to be limited to training Iraqi forces and fighting ISIS within the international coalition forces, under the supervision and approval of the Iraqi government,” said Iraq’s Prime Minister, Adil Abdul Mahdi.

Since this has resulted in a violation of agreement Mahdi will conduct a parliamentary session to decide the next actions.

President Benjamin Netanyahu praised the attack launched on the order of Trump and said that he stands with the USA for their struggle for peace, security and self-defence.

President of Syria Bashar Al-Assad showed discontent with US attack and called it a cowardly act.

“We are at a dangerous escalation point. The important thing now is to contribute to de-escalation with prudence and restraint. The regional conflicts can (World War) only be resolve through diplomatic channels. We are in exchange with our allies” said Ulrike Demmer who is deputy government spokesperson. 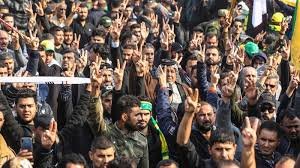 While Putin didn’t say anything and just decided to observe the situation for some time, the Russian Defense Ministry had to say in this. They stated that it was a “short-sighted” attempt which will only bring about “serious negative consequences.” According to them, it wasn’t a wise move and the US will suffer for a long time from it.

How Strong is the Iran Army?

After this incident, it is difficult to assume that Iran will just keep quiet about it. There si a possibility of a revenge as Soleimani was an influential figure of the country.Iran’s military will probably play a big role in few upcoming days. It is possible that we might even see the USA and Iranian army engaged in a war. Let’s take a look at how the Iranian army weighs up.

There are about 523000 active troops in Iran’s military. Three different sections are existing. There are 350000 in the regular army, 150000 in Islamic Revolutionary Guards Corps and around 20000 in naval forces. Although the number of the army doesn’t hold a candle compared to the USA it can still disrupt peace in the United States.

Iran is among the few countries that are capable of carrying out cyber-warfare operations. Multiple reports have stated that cyber team of Iranian army has infiltrated major companies over some past years.

Iran currently holds about 500 aircraft in which 142 are fighter aircraft and 165 are attack aircraft. Iran’s aircraft strength is ranked 24th in the world.

Battle tanks, light tanks and tank destroyers are part of the land army of Iran. In army’s stronghold there are 1634 combat tanks, 2345 armored vehicles and 1900 rocket projectors.

Patrol Vessels make most of the number of Iran’s naval forces. Apart from that, the army has a number of submarines and a few numbers of mine warfare. 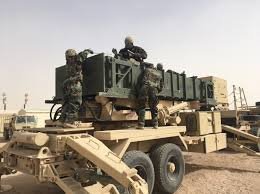 This attack has increased the chances of Iran’s attack on the USA. Trump has ordered to send thousands of more troops to Iran in order to subjugate the situation. Soleimani was plotting something big that’s why he needed to be neutralized- Trump commented. Many other sources are in support of the claim but still, personnel in the government are divided. The respective factor is the reason for uncertainty in the parliament. While Republicans are praising Trump, Democrats feel Trump is bringing only trouble to the country.

The actions of various officers in government and President will determine what direction the country will take. Will it engage in combat or make peace? Only time will tell. 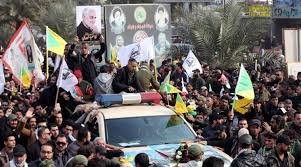 While the USA declared Soleimani to be a terrorist, he was still a hero among many people of Iran. IRGC which led by Suleimani had a major role in subjugating ISIS in parts of Iran. Even if USA esteemed IRGC as a terrorist group, one can’t deny their contributions in pushing back ISIS. America deploying more troops to Iran could just be the initiation of another world war. If things aren’t handle carefully, we might witness one of the worst atrocities humankind will ever experience. In the age of nuclear bombs and missiles, this small spark might just trigger an outrageous event.