The 92nd Academy Awards was full of excitement and surprise events. We witnessed history being made when Parasite by Bong Joon-ho became the first South Korean movie to win best international feature. It also became the first-ever non-English movie to win an award for Best Picture. the 92nd Academy Awards honored some of the best movies of 2019 and the event took place at Dolby Theatre, Los Angeles. 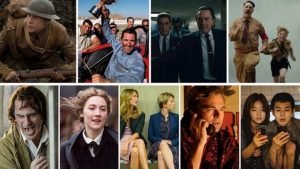 There were 24 categories and awards were presented by the Academy of Motion Picture Arts and Sciences. This year’s event also held a memorial. Steven Spielberg introduced it while Billie Eilish sang “Yesterday” by the Beatles. It paid tribute to various personalities that passed away in the year 2019.

Famous South Korean movie Parasite shook the world in 2019 with its intriguing storyline and top-notch direction. It stood out throughout the entire event. By bagging four major awards, Parasite became the pride of South Korea. Four major awards included Best Picture, Best Director, Best Original Screenplay and Best International Feature Film. It was expected that Parasite would win Best International Feature but the other three were just icing on the cake. 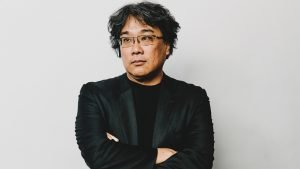 Especially for the best original screenplay, since it was competing against Tarantino’s Once Upon a Time in Hollywood. In the speech when Parasite won the award for Best Director, Bong Joon-ho said: “I was surprised when they announced Parasite had won the award”. He also included “I used to study movies by Martin Scorsese I was in School” citing him as the “Great influence” for him.

Phoenix gets his first Oscar 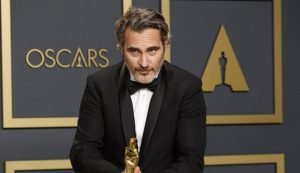 Before these Oscars, Phoenix received nominations for the category of Best Actor twice for Walk the Line and The Master. The third time Phoenix finally got his hands on Oscar. This time he received an award for the same category for his portrayal of Arthur Fleck in Todd Phillips’ Joker. Before the Academy Awards, Phoenix also won the award for Best Actor at the Golden Globe. At the acceptance speech, Phoenix said, “I do not feel elevated above any of my fellow nominees”. Later on, he also implied that everyone in the room was on the same level because they share a love for the same thing.

1917, Ford v Ferrari, Joker and Once Upon a Time in Hollywood bags some while Irishman goes Dry. 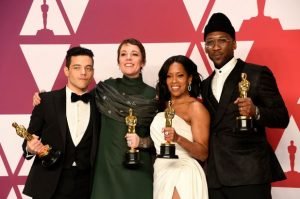 A tough fight was expected between 1917 and Parasite for Best Picture but eventually, Parasite won the fight. Regardless of that 1917 got hands-on three academy awards as well as nominations in 10 categories. It won Best Visual Effects, Best Sound Mixing and Best Cinematography. Ford v Ferrari won Best Film Editing and Best Sound Editing. On another hand Once Upon a Time in Hollywood got Best Supporting Actor (Brad Pitt) and Best Production Design. Besides Phoenix winning Best Actor award, Joker also won Best Original Score. 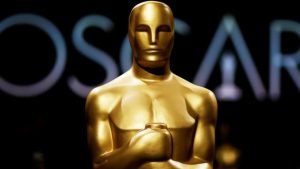 The Irishman got nominations in 10 categories but didn’t win any Oscar award. Everyone anticipated for the Irishman to win in a few categories as many people said that it was probably the last “True Gangster” movie. However, it turned out that Scorsese’s masterpiece went home empty.