Her Personal life and Career

Pushpam Priya Choudhary, the founder of the political party called Plurals which is based in Bihar. Pushpam completed her master from the University of Sussex and learned public administration from the London School of Economics. She also completed her MBA from a university in Pune.

Pushpam grew up in the Darbhanga district of Bihar and her father was a politician in Janata Dal-United (JNU). Her father’s name was MLC Vinod Chaudhary. She belongs to a Hindu Family. She took her first step towards politics on the 8th of March 2020. 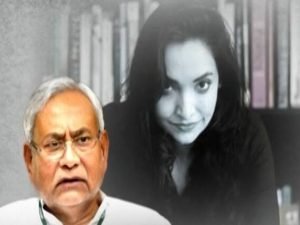 Reason Behind this Hot News

This lady is becoming hot news when she declared that she will become an active candidate for Bihar 2020. This news will spread out like a fire and become a big controversy. This news will get more attraction when the newspaper writers wrote about it. They printed about the promises given by Pushpam Priya Choudhary, which states that she will turn Bihar into Europe till 2023.

She will make it a most developed state of India has come into her mind when she came back from London. She was an active user of social media and even she declares all the updates regarding her party on twitter. She also declares on Twitter that her party will have an idea to convert Bihar into the most developed state. 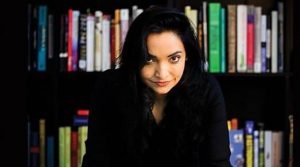 The reaction of other political leaders

However, this unique entry of Pushpam Priya Choudhary will not give a great impact on other leaders. As JD-U leader Afzal Abbas mentioned that no one can become the chief minister, strong candidate, by just printing advertisement. For becoming a political leader you need to give your contributions in masses and let the people believe in you.

India has democracy and everybody have the right to become the nominator for CM post. But the last decision is always of the people that state. You can print your name as the contender but this will make no difference.

When the reporters asked about the father of Pushpak Priya Choudhary he completely draws back his involvement. He said that she is enough young to talk about the decision by herself. He also said that if her daughter took this decision then there is some reason behind it. He also said that however, her daughter is a contender from a different party. He will still work under Nitish Kumar and always support him only. 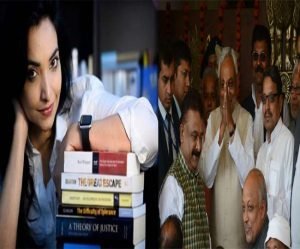 Now after the elections of Delhi everybody has its attention towards the Bihar election where parties are trying to give their best. Every party tries with their complete efforts because Bihar is a very important state from politics.