New Delhi, April 7, 2020: Snails are known to be one of the slowest creatures on this earth. Besides being slow, everything about these animals is fascinating. They have a unique lifestyle, intriguing reproduction cycle and a very interesting bodily structure. However, the most magnificent part is, a snail can sleep for three years! It may sound surprising but during their sleep they eat absolutely nothing. Is it actually possible for a tiny creature to go through such a strenuous phenomenon?

There are certain species of land snails which can sleep for three years. This is the period of their hibernation, also called as estivation. Although this extended nap may sound a comforting one but actually it is not. Essentially they do it for survival when weather is not as per the requirement.

In order to survive snails need lot of moisture. When the weather is not according to their survival they prefer hibernation. As a result, it can extend up to three years. Depending upon the climatic conditions snails can shift into hibernation. Therefore they cover their body with mucus in order to protect themselves from arid weather. If anyhow, in between weather becomes cooperative they come up to their regular sleeping schedule.

Unlike humans sleeping pattern for snail is entirely different. They do not follow day and night rule. On the contrary, they can sleep for straight 13 to 15 hours. Afterwards they feel sudden jolt of energy which is a wake up call. 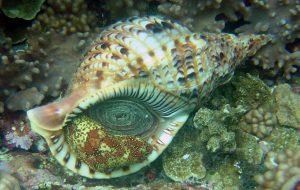 There are around 1.5 lakh snail species in the world. Right from deserts to deep ocean trenches they live in almost every habitat. Some of the ocean snails have lung. Depending on the type of lung they need to float on to the surface in order to breathe. A few species have lungs and gills as well. A giant triton can grow up to a foot and a half. It is considered as an aggressive predator. Therefore it feeds on starfish and paralyzes it with its venom.