The Chief Minister of Uttar Pradesh Yogi Adityanath announced to set up the biggest film city in Noida. During a video conference meeting session On Friday, the CM made the announcement of this project. He said that this film city will provide better opportunities to the film-makers. Along with this, it will  also create job opportunities for the youths from the state. According to the present circumstances, India really needs a film city for shooting purposes. And, this has to be in good quality and impressive. The UP government is all set to take the responsibility on their shoulder. The film city will come with all the advancements and modern facilities. Moreover, this project will also increase job opportunities in the state. 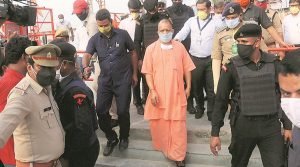 Noida to get the beautiful film city

So, the UP government is going to create India’s most beautiful and the biggest film city soon. The CM has already ordered the officials to find a suitable land around Noida. As well as he also instructed to prepare an action plan. The official statement revealed that his primary choice for establishing the film city is in Gautam Buddha Nagar. Except that, the nearby land of Yamuna Expressway, the twin cities of Noida and Greater Noida are also in his vision.

There is a ongoing builder and buyer clash in between Noida and Greater Noida. So, Adityanath asked to make sure the safety of consumers’ rights anyhow. He also said that as soon a flat gets ready; the registry have to be done very soon.

The Chief Minister arranged a development review meeting with the ministry of health, road and transport of UP regarding this. On Friday, the meeting was done through a video conference. Along with this announcement, the CM discussed all the upcoming and ongoing development projects. The projects are based on the Meerut division including Gautam Buddha Nagar districts. There are some places like Ghaziabad, baghpat, Hapur, and Bulandshahr are also in the list. He briefed about the inner ring road in Meerut and Delhi-Ghaziabad-Meerut high-speed railway corridor in the meeting. Yogi Adityanath also talked about the Delhi-Meerut expressway. He also declared that the project will end by the end of the year. In a major development, these regional transit projects will ease the traffic problem.

Moreover, the CM instructed to complete the priority section between Sahibabad to Duhai (17-km-long) projects by March 2023. He also mentioned about completing the whole Meerut Metro projects within March 2025. Adityanath also instructed the Noida authority to speed up the work of ongoing development projects. It includes expansion of the Metro, the Noida Convention, Habitat center. They also have the shooting range in Sector 21-A, and the golf course project in the list. The official said that a total of seven development projects are ongoing in Gautam Buddha Nagar. They approved a total cost of over Rs 2,000 crore for these projects. There are three each in Gaziabad and Meerut, two in Bulandshahr, and one in Baghpat. 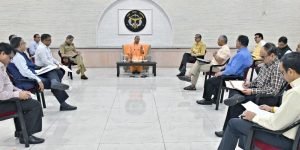 CM is looking for a responsible agency:

The CM wants to hand over the projects to a agency which have sufficient manpower and capacity. The reason is he wants to execute all the development works on time. He clearly warned that his government will not compromise with quality norms, As well as they will not tolerate any delay in development work. Moreover, he strictly declared to the authority regarding taking action. He mentioned that if the agency foul play with the sanctioned money, the government will take action.

However, many Bollywood celebrities took their social media handle to praise his decision regarding this biggest film city in Noida. Kangana Ranaut is one of them. She applauds Yogi Adityanath for his announcement. And she also said that the Indian film industry needs many reforms. Based on many factors the film industry is now divided in parts. A regional film of good quality do not get pan India release. But a dubbed Hollywood film easily gets the mainstream release. And in this media also plays a big part. It is very alarming. The media creates an aspirational image for Hollywood films. And Hollywood films get the advantage of this. So, the country needs one big film industry as soon as possible. We also should have an industry called Indian film industry. It must contains many advanced film cites. 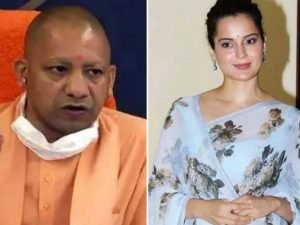 She further told that People have a wrong perception. They think that the top film industry in India is the Hindi film Industry. But the Telugu film industry has upward their place to the top position. And now they are catering films to pan India in multiple languages. Even many Bollywood directors and producers prefer to shot many scenes of Hindi films in the Ramoji Hyderabad film city.