On 1st Feb, budget 2020 has been proposed a new tax regime slashing income tax slab rates. It is rejigging income tax slabs to reduce total tax payable by individuals. As per the new regime, 70 tax exemptions will be removed as per the new slab. Now it is the high time for the middle class and lower class people to survive. After the announcement of CAB and NRC, the Delhi government is making resilient life for all middle-class people. 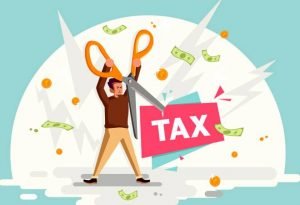 Eventually, tax rebate under section 87 (A) was increased from Rs 2000 to 5000 for people up to the income of Rs 5 lakh in the budget presented by Arun Jaitley during 2016. Rent deduction from the taxable income was also hiked sizeably to Rs 60,000 a year from Rs 24,000 previously. Unlike the variation seen in the tax policy for the super-rich, the Modi government consistently moved towards rationalisation of the tax rate for the middle class in 2017 as well. The flat rate of 10% tax on the income above 2.5 lakh and up to Rs 5 lakh was reduced to 5%. The cut resulted in the saving of Rs 12,500 a year for the payees. 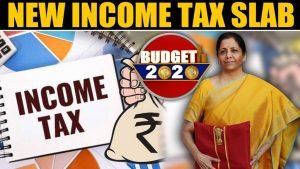 Effect on the middle class

“This is a great budget for the common man and the middle class. Those people are earning up to Rs 5 Lakhs pay no tax. A person with income between Rs 5 – 7.5 Lakhs pays tax at 10%. From Rs 7.5 Lakhs to Rs 10 Lakhs it’s a reduced rate of 15% against the current 20%. For Rs 10-12.5 Lakhs the new tax rate is 20%. For Rs 12.5 Lakhs to Rs 15 Lakhs the new rate is 25% against the earlier 30%. There’s no change for those earning above Rs 15 Lakhs a year,” says C.S.Sudheer, CEO IndianMoney.Com.The government spends roughly 17 per cent of income tax revenue on various programs that provide money for those in need, including retirement benefits for federal employees. 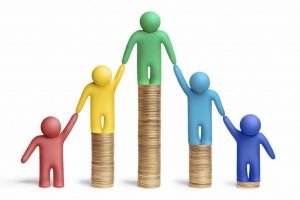 “Common taxpayers desperately needed a personal income tax cut. The Finance Minister has granted this with the income tax rate cut. This was a must after the Corporate Tax Rate cut from 25% to 15%. Budget 2020 has given taxpayers the option to choose between the existing income tax regime and new income tax slab. Choosing the tax regime (Old or New) depends on income composition and investments made. This means if you have availed a long term life insurance plan, you would have to pay the premium and claim tax benefit on it,” he added.

“Today, it takes more brains and effort to make out the income-tax form than it does to make the income.”