The most important thing for a movie to get success is its content. The better the content the more the movie is loved by the audience. But, we have a censor team working day and night to give approval to the films. Generally, the movie revolving around violence, sexual abuse, politics and religion are banned from being telecasted.

Here is the list of Hollywood movies that got banned but have the finest stories.

The movie is about Alex, the main protagonist. This man has to go to jail and is subject to government development aversion. In this movie, therapies are designed to stop the criminal problems of society. It was banned because of the display of violence and rape in several countries including Ireland and Singapore.

Brokeback Mountain in 2005 was banned due to its display of homosexuality. The movie was about two cowboys who were romantically and sexually involved with each other. In spite of winning various awards, the movie was banned in most of the Middle Eastern countries and China. 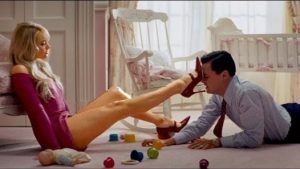 Leonardo Dicaprio’s movie the wolf of Wall Street was banned in many parts of the world due to its offensive language, strong sexual content, and violence. The movie is filled with drugs, cocaine and wild parties.

The movie was banned from being broadcasted in various countries due to numerous sex scenes and violence during sex. Zimbabwe, Kenya, Malaysia, Cambodia, UAE, Indonesia, India were some of the countries that banned the movie.

The Kingdom was banned in Bahrain, Kuwait and Saudi Arabia. Do you know why as the movie has a false description of the 1996 bombing in Saudi Arabia?

The movie was banned in India as well as other parts of the world. The movie revolves around sexual violence, the reason is enough to prohibit it from releasing in India.

According to the norms of Indian society, grandpa is a inspiration for being Sanskari. The movie was banned in India as they found the movie baseless and censor was really disappointed with De Niro’s calibre for choosing and acting in such a film.

Censor board set rules and regulation for telecasting a movie. Each country has its own criteria for judging. There are other movies that got banned from releasing as they failed to meet the regulations. So, if you know any such movie comment down in the comment section.