People in Kenya have recently discovered about something. They have the right to access of washrooms in public. Distant road trips to or from Kenya is not a plan that people look forward to. Apart from all this, reaching alive to your destination on the roads of Kenya is a big deal. Even if you escape death, the roads are in a terrible condition. It is a nightmare to travel in such discomfort and terror. 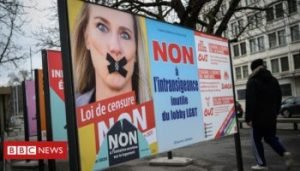 The authorities made the highways but forgot to make public toilets. The people traveling look for bushes and trees to relieve themselves. Long distance trips are a torture. First of all, it is unhygienic. But it is also embarrassing for men, women and children. It puts them in a difficult situation. Since people are left with no choice, they have to go with the flow. Relieving yourselves at the roadside or in a the bushes is not safe at all.

A group of students went on a trip to the central Kenya. It was at a distance of 700 kms. The students took a meal that upset their stomachs. It was a 10 hour long journey. They had to stop every now and then to find bushes and forests to empty their tummies. It was extremely uncomfortable for them. This is just one case so imagine the discomfort of people on a regular basis. Also, over 3,400 people died on the roads of Kenya last year, an increase of 13% from 2018. The main causes of death are drinking and driving, speeding and fatigue. 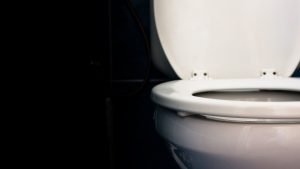 Action against the government

To end this suffering of thousands of people, one man stood up for this issue. He went to the court and compelled the government. Adrian Kamotho Njenga sued public entities as the government failed to follow the code of conduct. They could not provide free public toilets which is the basic right of the people. The Kenya national highway authority, the Kenya rural roads authority and the Kenya urban roads authority, all denied the accusation. They turned this important issue into a blame game. No conclusion was made and no action was taken.

Some believe that Mr. Njenga did not prove how exactly the constitution was violated. He continues to fight as he sees the importance of this issue. “It is inhuman and degrading when people relieve themselves along roadside,” he added. He quoted from the Bible’s fifth book, Deuteronomy. He also explained how lack of toilets is a biological and metabolical torture. In the end, the authorities agreed with him. Mr. Njenga appealed to get all the necessary facilities as soon as possible. The concerned departments were made aware to implant a policy. Under this policy, free public toilets will be made and sanitation conditions will be improved. 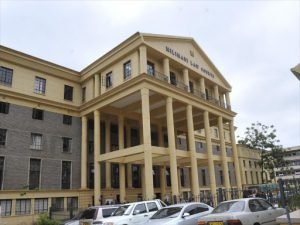 It just takes one voice to bring a change. Mr. Njenga stood up for this issue. People will not suffer anymore.