About 45 percent of children studying in 5th grade can’t read English meant for 2nd graders. The Annual Status of Pakistani Education Report, ASER revealed this on Monday. Education Minister Shafqat Mehmood and Planning Ministry’s deputy chairman Mohammad Jehanzeb Khan launched this report. This analysis has revealed at a ceremony in Islamabad. Hence, there were more reports that tell us about the illiteracy rates in different regions of Pakistan. 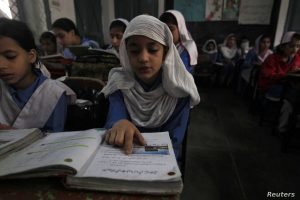 The survey was for the year 2019 whose reports were launched by on Monday. It stated that only 59 percent of the fifth graders can read stories in Urdu. Other local languages like Sindhi and Pashto are included in the syllabus by the second graders. Also, only 57 percent of fifth-graders were able to solve division problems meant for grade 2 Pakistani students. Above all, The report further stated that 60 percent of the fifth graders can tell time correctly. Only 53 percent can solve multiplication problems meant for students of lower grades. 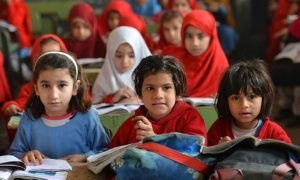 The rates of literacy were better in urban areas than the rural areas. Pakistani Students in private schools showed better results. Apart from that, the male students performed better than female students. According to Aser, 67 percent of the students in private schools know how to read in English. Whereas, 70 percent of the students can read in Urdu and their local languages. 66 percent of the fifth graders were able to solve multiplication and division problems. Comparatively better education is provided by the urban class. The increment from 13 percent to 17 percent is seen in the past 5 years in learning. There is no improvement in early childhood education in 2014. The percentage remains constant at 39 percent. 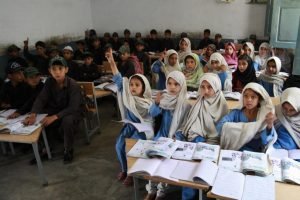 Lastly, In some local areas like Sindh, the literacy rate has decreased in recent years. Above all, males have a higher literacy rate than females. Moreover, lower-income classes do not enjoy good education quality.