Neha Dhupia is accuse of being a fake feminist. A video of the show went viral on social media platforms. 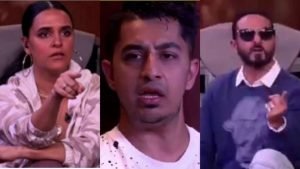 Neha Dhupia is one of the judges on the show “Roadies”. A segment of the show recently went viral. The contestant told the judges about her girlfriend cheating on him. However, he confessed that he slapped his girlfriend for being with five other boys while she was in a relationship with him. Neha got furious as soon as she heard this. In addition, she said that it is okay for a girl to stay with five boys. It is her choice. She also let out that how dare the contestant hit a “girl”. 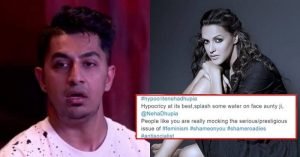 As soon as the video went viral, netizens called Neha Dhupia a fake feminist. #FakeFeminism was trending on Twitter the other day because of this incident. A video of the same show also came out in which a girl contestant confessed that she slapped 4 boys. The actress was really cool about it. She is being called a hypocrite and a sexist. Many people on the Internet wrote, “These are the signs of a fake feminist.” Neha Dhupia was trending on Twitter on Friday morning. 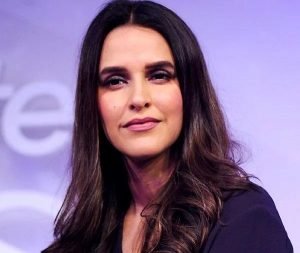 Netizens are trolling Neha for being such a hypocrite. Several people are sharing the video and expressing their views on it. “Be a feminist, not a pseudo-feminist, ” outraged netizens say. The meme makers are going crazy with their idea of Neha Dhupia. Social media are having never-ending memes. Also,the netizens are loving it. 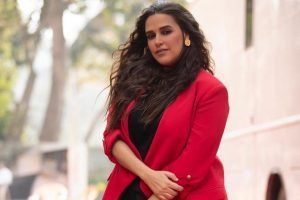 There are people who are saying that violence, in any way, is totally wrong. These people also clarified that they are not at all supporting the endorsement by Neha Dhupia. People are using this incidence to spread the word about what Feminism actually stands for. “This is a reminder of why films like Thappad are necessary, ” many people say. 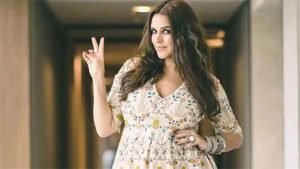 “Maybe the problem is with you, ” Neha told the contestant. This did not go down well with the people on the Internet. Everyone is telling her to stop playing the woman card everywhere. In addition, along with the actress, the other judges on the show are also trolled for letting this happen.

According to the viewers and netizens, Neha Dhupia needs to understand the difference between a feminist and a pseudo-feminist.