Sultan Kosen was born on 10 December 1982 as a Kurdish. He holds the Guinness World Record for the tallest living male at 251 centimetres that is 8 ft 2.82 in. His growth is due to acromegaly which is caused by a tumour affecting the pituitary gland.

Due to his height problem, he couldn’t complete his education so he worked as a part-time farmer. In 2010, Kosen received Gamma Knife treatment for his pituitary tumour at the University of Virginia Medical School and was provided with medication to control his excessive levels of growth hormone and in March 2012 it was confirmed that the treatment had been effective in halting Kosen’s growth.

In October 2013, Kosen married Merve Dibo and she is ten years younger than him. In 2014, Kosen joined the Magic Circus of Samoa and participated in various shows around the world 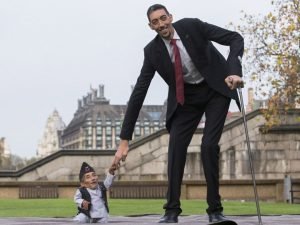 Elizabeth Anne Velasquez was born on March 13, 1989, and currently, she is an American motivational speaker, activist, author, and YouTuber. She was born with an extremely rare congenital disease called Marfanoid–progeroid–lipodystrophy syndrome which prevents her from accumulating body fat and gaining weight.

Mandy Sellars was born on 20 February 1975 in Lancashire, United Kingdom. She is a British woman with a rare genetic mutation that has resulted in extraordinary growth in both of her legs. 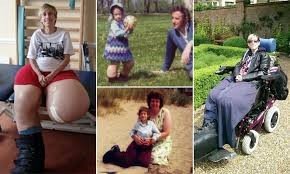 Gary Turner is a sideshow performer who currently holds Guinness World Record for the stretchiest skin, which is caused due to a serious form of Ehlers Danlos syndrome. On October 29, 1999, in Los Angeles, he stretched the skin on his abdomen to a total length of 6.25 inches. He performed in the short film He Took His Skin Off For Me. He was also a member of The Circus of Horrors in 2005. 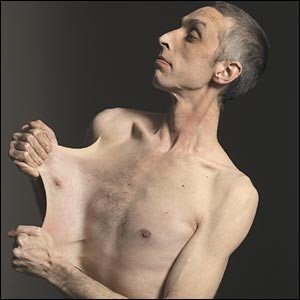 Jyoti Kisange Amge was born on 16 December 1993. She is an Indian actress who is the world’s smallest living woman according to Guinness World Records.

On Amge’s 18th birthday on 16 December 2011, she was officially declared the world’s smallest woman by Guinness World Records with a height of 62.8 centimetres (2 ft 0.6 in). Her restricted height is due to a genetic disorder called achondroplasia. 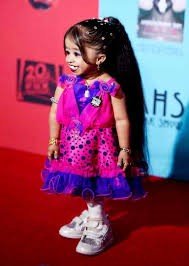 She was also featured in the 2009 documentary entitled Body Shock: Two Foot Tall Teen. She was also a guest participant on Bigg Boss 6. On 13 August 2014, she was cast in the fourth season of American Horror Story: Freak Show as Ma Petite.

Kim Goodman is a woman who can pop her eyes out of her eye sockets by 12 millimetre that is 0.47 inches. She holds the world record for the farthest eyeball protrusion.

She discovered her eyeball popping talent one day when she was hit over the head. Her eyeballs popped out much further than usual and ever since that day she could pop them out on cue, as well as when she yawns. In 2004, Goodman was included by Guinness World Records in their 50th-anniversary list of top ten “feats” of all time. 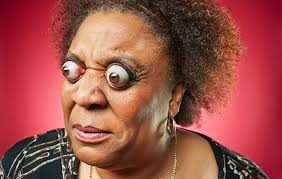 Valeria Valeryevna Lukyanova was born on August 23rd 1985 who is a Ukrainian model and entertainer who is famous for her resemblance to a Barbie doll. To enhance her Barbie look she uses makeup and contact lenses over her naturally green/grey/blue eyes. She has stated that she has had breast implants, but that the rest of her body is natural and slender due to daily gym workouts and a particular diet.

In 2007, Lukyanova won the beauty contest “Miss Diamond Crown of the World”. 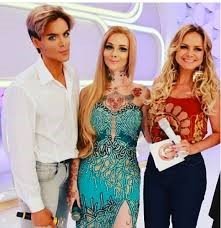 Abul Bajandar is a Bangladeshi rickshaw-puller known as “tree-man” because of his bark-like growths that has all over his body. He has 24 surgeries on his body still he didn’t get cured. He suffers from epidermodysplasia verruciformis, which is an extremely rare genetic condition known as “tree-man disease”.

Intrigued by his financial condition, doctors at the Dhaka Medical College Hospital treated him for free and surgically removing more than five kilos of growths from his hands and feet. 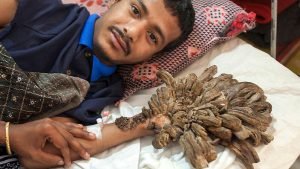 Paul is suffering from a disease called Argyria or argyrosis which is caused due to the condition caused by excessive exposure to chemical compounds of the element silver, or to silver dust and that results in the skin turning in purple or purple-grey colour.

Cara Anaya is a person who experiences spontaneous orgasms at every moment due to which her sexual life and her relationship with her young son is getting ruined.

She is suffering this from the last 30 years in which she faces Persistent Genital Arousal Disorder, which constantly makes her feel like she is reaching sexual climax. 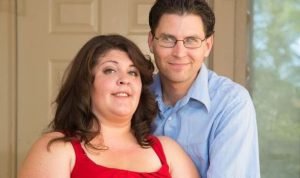 They are conjoined twins having a single body without marked variation from normal proportions but have a separate heart, stomach, spine, pair of lungs, and spinal cord.

Each twin controls one arm and one leg. They are also been covered in the popular media, including Life magazine and on The Oprah Winfrey Show. They were interviewed on The Learning Channel in December 2006, discussing their daily lives and plans. They starred in their reality series, Abby & Brittany, on TLC in 2012. 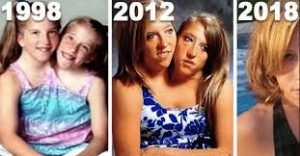 Distribution of the twins Organ 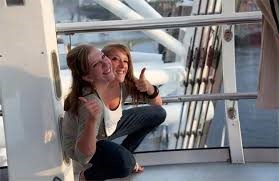 The twins have individual organs in the upper part of their body, while most located at or below the level of the navel is shared, the exception being the spinal cord.

In April 2012, 16-year-old Deepak Jangra from outskirts of a place in Haryana called Sonipat discovered his talent of withstanding electricity shock when he was fixing his mother’s heater, touching the open electric wires accidentally. Later, Deepak tried TV wires, light bulbs, an electric woodcutter and an electric water pump and each time he did not suffer any shock or injuries just he would simply stop the devices working. He was even able to sit with his hands inside a tub of water along with naked live wires. Deepak Jangra could resist 11,000 voltage high-tension wire that powers 500 houses in his village – by hanging from the pole touching the wires. 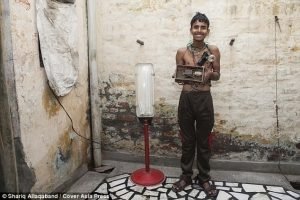 Gordon “Sam” Berns was born on October 23, 1996, and died on January 10, 2014, he was an American activist who had suffered from a disease known as progeria in which a man looks old from his actual age. HBO documented his Life titling “According to Sam”, which was first screened in January 2013. He died one year later after that but before his death, he appeared in TEDx Talks video titled “My philosophy for a happy life.” 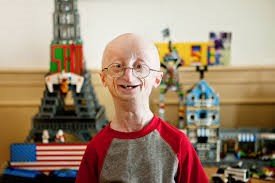