Right from the beginning of 2020, more than 600 people has been killed at the time of black lives matter Protests in the state of Rio de Janeiro. Joao Pedro was one of the many assassinated. The outraged citizens are demonstrating anti-police brutality with the slogan: Black Lives Matter. Most of the people bruted, including Joao Pedro were black or lived in the poorest areas of the city.

The 14-year-old boy was at his aunt’s house. Within a few minutes, the police barged in and shot him in the stomach. He shot with a high caliber rifle that too at a close range. Rio De Janeiro police stated that they suspected criminal activity. Also, they were going after a criminal involve in a joint operation. After President Jair Bolsonaro won the election in 2018, the government promoted law and order. However, the government enabled police to kill criminals with no legal limitations.

Eduardo Benones is a federal prosecutor who investigated this case. He gave a statement that no evidence of criminal activity is found at the house. Alongside, Joao Pedro never took to the hospital. His family started to search for his body. Rafaela, the teen’s mom saw a silver lining when she saw his son online on Whatsapp. She texted him but no reply came from the other end. Soon a social campaign started to find Joao Pedro’s body. Even after being in a police forensic institute.

Eduardo’s investigation clearly claims that the Brazilian state murdered Joao Pedro. The prosecutor holds the authorities responsible for racism. Not only this, Benones interviewed several eyewitnesses. All of the witnesses say that no one played a trick or presented any kind of threat to the officers. By the time the little boy’s father arrived, the police already took his body away. 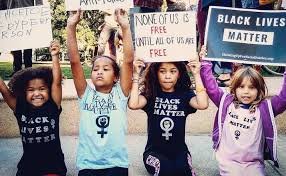 Gabriel Moreira, a 19-year-old civil engineering student came back home because of the pandemic. He says that teenagers has been killed every day in their homes. Gabriel said “Kill a black young man in the favela, it’s seen as normal”. He also added that racism has always existed in Brazil. If a young man is black, he is consider to be a drug dealer. People in that neighborhood say that if it were a rich household, police would have treated them better. Neilton says, “Good people and people with families live in the favela.” 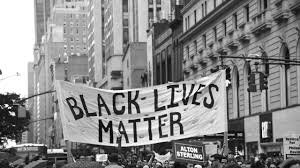 According to the records, Rio police killed 1814 people in 2019. The number is triple when compare to 2019, five years before.  More than 600 people lost lives in the first few months of this year. This is nothing but a strong indication that history is repeating itself. Even people who never participated in such protests are coming out to support the cause “Black Lives Matter.”

Protests supporting the Black Lives Matter movement has caused thousands and thousands of people to come on the streets. This is the scenario of Rio along with several other countries as the outrage rises.