Rome, April 6, 2020: Europe’s Active Volcanoes is one of the most intriguing natural phenomena on this planet. When molten lava and gases built in the earth’s crust they result in an eruption. Some of these eruption is slow. However, a few can be dangerously fierce. There are several active volcanoes on our planet. Talking about Europe, all of the three active volcanoes of the continent are located in Italy.

As per the Geologists there are about 1,500 potentially active volcanoes worldwide. Out of these, 500 volcanoes have erupted in historical time. Above all, a volcano is only considered active if it has erupted within the past 10,000 years. Therefore they are considered active. In addition, nearly 50 of them erupt each year.

The continent houses many of Europe’s active Volcanoes. Most of them are activities that have significantly impacted the landscape of the landmass. These are located in Italy, Iceland, Romania, Norway, and Portugal. However, some of the most prominent is located in Italy. Firstly they are taller than the rest. Secondly, they are known for their fierce eruption. Hence they are considered dangerous as well. 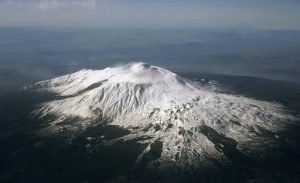 Located in Italy it is considered to be one of the most dangerous volcanoes in the world. Clearly because of its proximity to the city of Naples. Also it is surrounded by towns on the nearby slopes. The peak is which is approximately 4,200 feet tall. Vesuvius is classed as a complex stratovolcano. Perhaps because its eruptions typically involve explosive eruptions. As a result, it is considered as a threat for the people staying nearby. 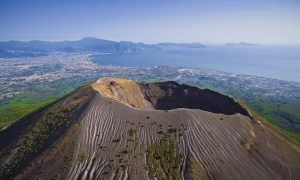 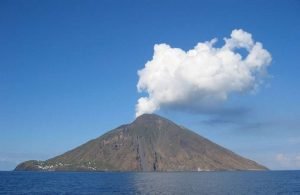 There is a small island in the Tyrrhenian sea which is off the north coast of Sicily. Europe’s one of the three volcanos Mount Stromboli is located here. The height of Stromboli is 926 meters above the sea level. Additionally, it extends to 2700 meters from the seafloor. The peak has several active craters.