American continent as we today know it is about 27000 years old. At that time in the northern parts and the present-day Siberia, extreme cold weather conditions developed and these conditions became a threat to the survival of people of Mongoloid tribe living in Siberia. The people of the tribe were nomads always in search of food began moving towards the eastern parts of Russia. 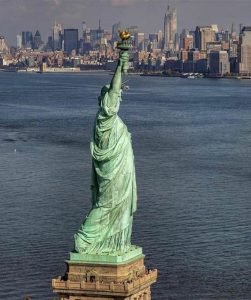 What is called Alaska and Canada, but the cold weather conditions were the same as they had seen in Siberia. Getting on with life, the tribesman slowly walked back to the south, and reaching out a little further, they arrived at a new land which was warm and full of wild life and natural vegetation This was what we call America today. The new site also provided food and shelter. Centuries later, slowly the ice age ended and the ice bridge also melted and again America and Russia became different countries.
Before Columbus, many people tried to find India by sea, but they were not able to cross the Africa section and the considered it to be infinite. 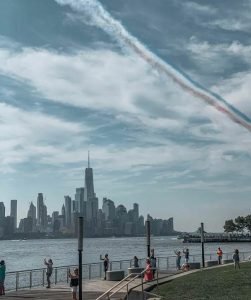 Hence Columbus started sailing in opposite direction reached the shore of the US stretch on 12 October 1492. When Columbus landed in the Bahamas, he saw red-skinned mongoloid tribal people and named
them Red Indian.Native American tribes were very innocent. At first they were scared to see Columbus. But Columbus was a very clever, clever and ruthless human being.
He befriended the mongoloids by offering some gifts and after a few months when he went back to his country, he fraudulently arrested 6 of these tribesmen who were later presented before the Queen of Spain in captivity and chained, saying that they had discovered India. 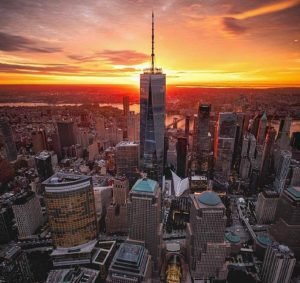 When India was discovered by Portuguese rules in Europe thought of expanding their lands by making colonies in the new found America and countries like Spain and France rushed there to take control of the land. Europeans wanted to drive off the tribes living there to take the land for themselves. In an all
out war b/n Europeans and the native American tribes the tribal people suffered great loss and were on the verge of losing everything.
Britishers also invaded America colonised it and took control of everything. America got it’s independence from British rule on 4 July 1776 and George Washington became the first president of America. 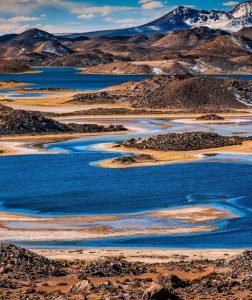 Also to protect the native red indians American govt implemented new rules and gave reservations to the tribe but it was too late as approximate 0.05 percent of the native Americans i.e red Indians remained out of more than 99 percent people who came from outside of America.