Christina Koch, a NASA astronaut breaks all records on her first trip to the International space station. Koch along with her fellow NASA astronaut, Jessica Meir conducted the first all-female spacewalk. They returned to Earth early on Thursday along with European space agency astronaut Luca Parmitano and Russian cosmonaut Alexander. The astronauts landed Zhezkazgan, Kazakhstan at 4:12 a.m ET. 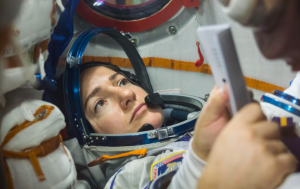 Christina completed six spacewalks and spent 42 hours and 15 minutes outside the space station. She performed various experiments and investigations. The space station acts as an orbiting laboratory to see what would happen to our daily activities without gravity. The astronauts worked with the scientists on Earth and kept on experimenting. Also, the scientists on Earth studied the astronauts in space to see how their health was changing. Koch said that it was great listening to two female voices on loop talking to Mission control and solving their problems together.

Since there is no gravity in space, it causes bone and muscle loss in astronauts. Multiple studies have been done to see how this situation can be avoided. Christina went through a Vertebral strength investigation to help scientists discover the medicines and exercises to prevent these losses. Kidney problems could also occur like kidney stones and osteoporosis. 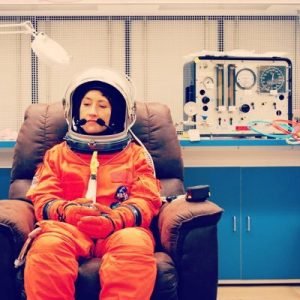 A kidney cell investigation took place which focused on microgravity on kidney health. There is a chance that treatment for cancer can be discovered. Koch also helped in installing the Bio Fabrication facility: it prints organ-like tissues in space.

Koch experienced investigations of plant biology. The astronauts tasted fresh Mizuna mustard greens which are grown on the station. This could lead to the discovery of more fresh food on space station. The greens ware here on Earth so that the scientists could study them. Fire was also a subject for investigation. How fire acts in the lack of gravity and how it can be prevented in spacecrafts were some important topics. Koch worked on effective use of fuel, reducing pollutants on Earth using Advanced combustion via microgravity experiments chamber.

Koch said that there came a time when she forgot that she was floating. It was so normal for her and the space station felt like home. She then wondered how she will adapt to gravity again when she will come back on Earth. Christina also added that she had the most peaceful sleep in space without tossing and turning, just floating naturally. It was never too cold or too hot. Although, she missed the sweet smells, food, nature, the sensation of running water. She added “From space station, we see no borders, no boundaries, we are all part of one giant organism that breathes and adapts”. 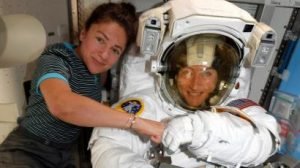 Living in the space has given Koch a new perspective and an appreciation for her home, where she belongs. Her entire crew has done some extremely wonderful work.