Today, we are all set to share the remarkable biography of Angelina Jolie, the darling of the media. She is one of the highest-paid Hollywood actresses of all time. As well as she is the most controversial film star of the modern world. People will forever cherish her for films like ‘Girl, Interrupted’, ‘Maleficent’, ‘Salt’, and many more. Along with the filmy career, her personal life is always in the center of media attention for several times. Her cancer awareness effort and all humanitarian works still inspire people throughout the world.

In this article, we will let you know about some key moments of her life and legacy. We will mention Angelina Jolie’s age, family, education, love life, career, and success. We will also focus on her other altruistic works in the biography of Angelina Jolie. Let’s have a look. 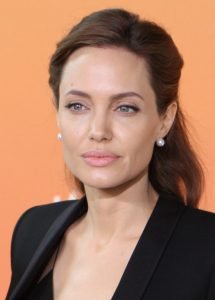 Angelina Jolie is one of the marquee names of Hollywood. Her beauty, personality, sex appeals, and the on-screen star-studded performances have always been the talk of the town. Through all these she touches millions of hearts all over the world again and again. Yet, she is the one and only queen of many men’s hearts. But, people are still very inquisitive to know about Angelina Jolie age. Are not you excited to know about Angelina Jolie DOB? Angelina Jolie was born on 4th June 1975, in Los Angeles, California. In other words, this glam girl of Hollywood is 45 years old and mother of 6 children. Isn’t it jaw-dropping?

Biography of Angelina Jolie: Parents and the Family Story

Let’s talk about the famous Angelia Jolie parents. Angelina Jolie is the daughter of Oscar-winning actor Jon Voight and actress Marcheline Bertrand. On her mother’s side, Jolie is French Canadian, Dutch, and German descent. And on her father’s side, she is a German and Slovak ancestry.

However her father Jon Voight is also a popular name of Hollywood. He is famous for his movies like ‘Mission Impossible’, ‘Enemy of the State’ and ‘Midnight Cowboy’. Jolie’s mother was also associated with stage plays and theatre. Actor James Haven is Angelina Jolie brother.

Childhood and relation with parents:

Unfortunately, her parents divorced when she was just 2 years old. After that, she started living with her mother. More seriously, she also suffered from severe depression in her late teens and even she went through the self-harm periods at her early 20. 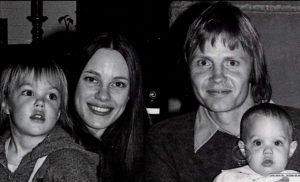 However she had a particularly difficult relationship with her father. But the father-daughter couple appeared together on-screen in ‘Lara Croft Tomb Raider’. And the most interesting fact is that become the biggest hit of her career.

Jolie spent 10 years of her childhood in the city of New York. They started to live in Los Angeles when she was 11. The acting background of Angelina Jolie’s parents influenced her in early life. So, she enrolled her name at the Lee Strasberg Theatre and Film Institute at age of 11 to learn acting. After two years, she attended Beverly Hills High School. And there she participated in several plays and theatre productions. Later, she studied drama and film studies at New York University. She started to acting in theatre production from an early age. In addition, she tried modeling and performed in some music videos too.

Despite earning huge fame and popularity, Jolie had to struggle a lot to make her married life steady. She was married 3 times and every time she got separated. But still, people are too curious to know about Angelina Jolie husband. She met Jonny Lee Miller during the shooting of ‘Hackers’. She fell in love and decided to marry him in 1995. However they divorced soon in 1999. After the failure of the first marriage, she again got married for the second time. She married Billy Bob Thornton in the following year. But unfortunately, her second marriage also could not last for a long time. And they separated in the year 2003. 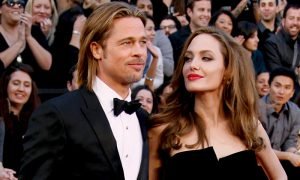 In 2014, once again her personal life became the center of media attention for her high-profile relation and marriage with Brad Pitt. The fans all over the world welcome the couple as “Brangelina”. They were together for 12 years. But in the end, Jolie filed for divorce again from Pitt in 2016. 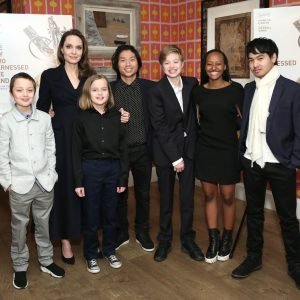 On May 27, 2006, the couple had their first biological baby. It was a baby girl, Shiloh Jolie Pitt. To avoid the unwanted media surroundings, the couple traveled to Namibia. Angelina gave birth to their first biological child in Swakopmund. The couple again adopted a three-year-old baby boy from an orphanage in Ho Chi Minh City, Vietnam on 15th March 2007. After that, the next year, she gave birth to the twin babies a daughter Vivienne Marcheline and a son Knox Léon on 12th July.

Here we will present the list of some best Angelina Jolie movies. She first faced the camera at her early age of 5 with her father in the film ‘Looking to Get Out’. After completing her graduation from Lee Strasberg, she appeared as a leading actress. She debuted them with the film “Hackers’’ in 1995. The film boomed the box office and Jolie won the hearts of audiences with her acting skill. Both people and critics applauded the performance of Jolie. 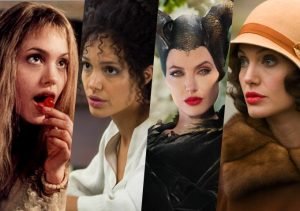 The first big success came to Jolie in the year 1998. She won the Golden Globe as best actress award for the movie ‘Gia’. Her heart-rending portrayal of fashion model Gia Maria Carangi blew everyone’s mind. The next year the biggest achievement came to her with the film ‘Girl, Interrupted’. She won the Academy Award and also the golden globe again in 1999. Above all he also directed some films like ‘Honey’, ‘In the Land of Blood’, ‘Unbroken’ and ‘By the Sea’.

Best Dimension in the biography of Angelina Jolie:

Angelina Jolie is an active participant and goodwill ambassador of the United Nations High Commissioner for Refugees (UNHCR). United Nations Association of the USA honored her with the Global Humanitarian Action Award in 2005. Moreover, she received the award for her kind-hearted activities on behalf of refugee rights. Her main efforts and advocacy are always in the area of children’s education. She also works hard for protecting the interests of child immigrants and other vulnerable children. 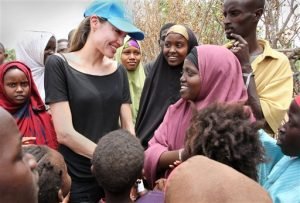 There is no doubt that these works for children always enhance the glory of the biography of Angelina Jolie. However, these miscellaneous aspects of her personality make her the most popular and interesting one. Hope you like it and her inspiration has left you motivated with cherished lessons.