Today, we are all set to let you know about the biography of APJ Abdul Kalam, the missile man. Avul Pakir Jainulabdeen Abdul Kalam popularly known as APJ Abdul Kalam was an Indian Politician and an aerospace scientist. He served as the 11th President of India from 2002 to 2007. Kalam was born in Rameswaram, Tamil Nadu on 15th October 1931. He spent a long time of his life in Rameswaram. APJ Abdul Kalam excelled in Physics and Aerospace engineering. He worked as a scientist and science administrator for nearly the next forty years. In 2015 after his death, his body was on display till 8 PM IST for the public. Here we are presenting the biography of APJ Abdul Kalam. In other words, we will share about his life, work, and legacy through it.

He mainly worked at Indian Space Research Organization and Defense Research and Development Organization. Abdul Kalam was also known as The Missile Man of India. Basically, for his work on ballistic missile and launch vehicle technology he received this title. He was very closely to the India’s civilian space program. Along with this, he also played an important political, organizational, and technical role in India’s Pokhran-II nuclear tests in 1998. It was the second only after the original nuclear test by India in 1974. 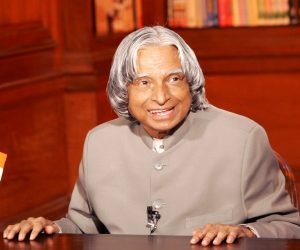 Kalam was nominated as the 11th President of India. That time, Bhartiya Janata Party was in the reign and the opposition was Indian National Congress. Both of them supported APJ Abdul Kalam to become the president of India. The public widely referred to him as the ‘PEOPLE’S PRESIDENT’. He was a recipient of Bharat Ratna and several other prestigious awards. Not only this, but he also returned to his civilian life of education, writing, and public service after a single term. Kalam collapsed and died due to an apparent cardiac arrest on 27th July 2015. At that time, he was delivering a speech at the Indian Institute of Management, Shillong. A huge crowd attended his funeral ceremony in Rameswaram. He was buried there with full state honor.

Birth and brought up:

Kalam was born on 15th of October in 1931 in a Muslim family. They were Tamilian. His father Jainulabdeen was a ferry owner and was also an Imam in a mosque. And his mother Ashiamma was a housewife. His father’s ferry used to carry Hindu pilgrims back and forth between Rameswaram. Kalam was the youngest of four brothers and the only sister. His ancestors were wealthy traders and land owners. They had numerous properties and large tracts of land. Their businesses include groceries trading between the mainland and island and to and fro from Sri Lanka. Along with this, they were also in the business of ferrying pilgrims between the mainland and Pamban. When Kalam was a little boy, their family was very poor. And he started to sell the newspaper at an early age to anchor his family’s income. 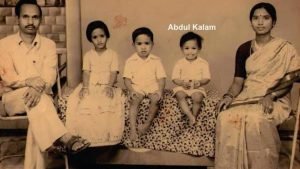 In his school days, he secured average grades but was claimed as a hardworking student. Teaches mentioned to his parents that he had an intense desire for learning. APJ Abdul Kalam used to spend hours studying Mathematics. He completed his school at Schwartz Higher Secondary School. Later he graduated in Physics from Saint Joseph’s College, Tiruchirapally in 1954. In 1955, he moved to Madras Institute of Technology for studying aerospace engineering. He completed a project in a very short time which pleased the Dean. But unfortunately, he missed his chance to become an IAF pilot as he was placed ninth. And only eight places were available there.

Set off for work-life:

After graduating from MIT, Kalam joined as a scientist in the Aeronautical Development Establishment of the DRDO. He started designing small hover crafts but remained unconvinced. He was also the part of INCOSPAR committee under Vikram Sarabhai. In 1969 he was moved to ISRO. There he was the director of India’s first SLV II in July 1989. In 1969, Kalam received the approval from the government. And he expanded the program to include more engineers. Kalam also served as the Chief Scientific Adviser to the PM and Secretary of DRDO from July 1992 to December 1999. The Pokhran II nuclear tests were conducted in this period. He was the chief project coordinator there.

In this biography of APJ Abdul Kalam, we will let you know more information about this legend. In 1998 Kalam developed a low-cost coronary stent. A cardiologist named Soma Raju was with him through out the project. They named it ‘The Kalam-Raju Stent’. In 2012, the duo developed a rugged tab computer for rural area health care. That became famous with the name of ‘Kalam-Raju Tablet’. 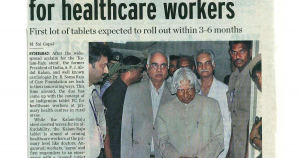 Period of the presidency: Biography of APJ Abdul Kalam

Succeeding the former president K.R. Narayan, Kalam became the 11th president of India. He fought for the 2002 presidential election and won by Lakshmi Sahgal. He served as the president of India from 25th of July 2002 to 2007. That time, NDA as known as the National Democratic Alliance was in power. On 10th June 2002, they revealed their statement. They stated that they were eager to nominate APJ Abdul Kalam for the President’s post. Both the Nationalist Congress Party and Samajwadi Party backed him. While the Samajwadi Party supported Kalam for the post, Narayanan left the field by himself. That year on 18th June in the Indian Parliament Kalam submitted his nomination papers. Atal Bihari Vajpayee and the other senior cabinet members accompanied him. For the presidential election, the polling started in both of the parliament and state assemblies on 15th July 2002.

Devotee to the country: Biography of APJ Abdul Kalam

Media claimed that Kalam’s victory was inevitable. After the oath-taking ceremony on 25th July, he started living in the Rashtrapati Bhavan. However, Kalam was the 3rd president of India who received Bharat Ratna before becoming the president. He was also the first and the first scientist who occupied the Rashtrapati Bhavan. In the meantime, Kalam also received some criticism. PGI Chandigarh invited Kalam in an interactive session 2013. There he supported the necessity of the Uniform Civil Code in India. Because he was aware of the population of this country. 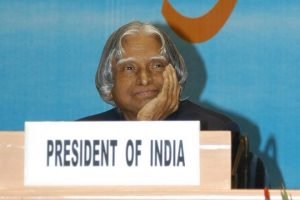 Dillema for second term as president:

On 20th June 2007 at the end period of his term, he expressed to continue his journey as president again. But after 2 days he chose not to take part in the election. He revealed that he did not want to involve the Rashtrapati Bhavan in any political process. Although he did not get the support of the Shiv Sena, UPA constituents, and the left parties to get his renewed mandate.

In 2012, the term of the 12th president Pratibha Patil’s term was about to end. Then a buzz started roaming that Kalam is again going to get a nomination for his second term. Social media showed that a huge number of people supported his candidature at that time. Potentially BJP also supported his nomination. They also said that if Trinamool Congress, Indian National Congress, and Samajwadi Party proposed him for the next presidential election, they will also support him. After a month, Mamata Banerjee and Mulayam Singh Yadav lend their support towards him. But later Yadav backed out and on 18th June, Kalam refused to contest the poll. 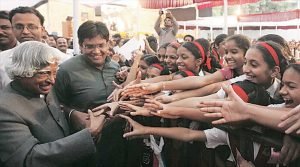 After that Kalam became a guest professor at the Indian Institute of Management (IIM) Shillong, IIM Ahmedabad, and IIM Indore. He also became the honorary fellow of ISC Bangalore. Along with this, he took the charge of chancellor in the Indian Institute of Space Science and Technology, Thiruvanthapuram. Besides, he became an adjunct to various research and academic institutions throughout India. Kalam also launched a program for the youth in 2012. He named it “What Can I Give” movement. The central theme of it was defeating corruption. However, in 2011 a civil group criticized him for his support towards the Koodankulam Nuclear Power Plant.

Kalam went to IIM Shillong on 27th July 2015 to deliver a lecture. At the time of climbing the stairs of a flight, he started to feel some discomfort. But after a short span of rest, he entered the auditorium. But around 6.35 PM IST, just after starting the lecture, he collapsed. The organizers took him to the nearest Bethany Hospital in a very serious condition. But after arrival, the doctors were unable to find any pulse in him. They even did not find any sign of life in his body. At 7.45 pm IST Kalam was declared dead. Doctors mentioned that the death was out of a sudden cardiac arrest. There were some reports that he talked to his aide Srijan Pal Singh for the last time. And his last words were ‘Funny guy! Are you doing well?’ 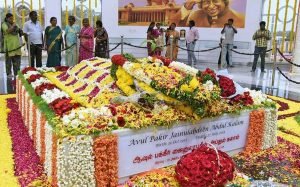 After his death, an Indian Air Force helicopter airlifted his body to Guwahati from Shillong. On 28th July his body came to Delhi and the flight landed at Palam Air Base. The president, the prime minister, the vice president were there to receive his body. Also, the chief minister of Delhi and the 3 service chiefs of the Indian Armed forces were present to pay homage. Later his body was placed on a gun carriage. With the Indian flag, they draped the carriage and took that to his residence in Delhi. A huge crowd including the dignitaries paid their homage there. The next day, on 29th July his body was flown to Madurai. Finally, by an army truck, his body reached Rameswaram, his hometown. On 30th July in Pei Karumbu Ground, Rameswaram he was laid for his eternal rest. However, Over 350,000 people were present there in his last rites.