Today we will share the success story as well as the biography of Mark Zuckerberg. We are sure that you are very familiar with this name. But today, let us introduce you to the world’s youngest billionaire entrepreneur. So, keep reading this article named ‘Biography of Mark Zuckerberg’. He is the founder, chairman, and CEO of the famous social-networking site Facebook. Here you will get to know about his early life, education, family, business, personal wealth, and influence.

Mark Zuckerberg came to this world on 14th May of 1984 at White Plains in New York. He was raised in a well-educated family with loving parents. His father’s name was Edward Zuckerberg and he was a dentist. His mother Karen, was a psychiatrist. Mark and his sisters Randi, Donna, and Arielle were brought up in the nearby village of Dobbs Ferry. 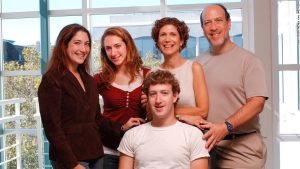 When Mark Zuckerberg was only 12 years old, he created Zucknet. It was a messaging program and he made it for his father’s dental practice. Zucknet was working very well as an inter-office communication system in his father’s dental office. At an early age, he also created some computer games with his friends just for fun. if you are looking for mark Zuckerberg age, let us know that he is 36 years old now.

Zuckerberg had immense interest and passion in Zucknet and he achieved big success for it. So, his parents enrolled his name in a preparatory school ‘Phillips Exeter Academy ’ in New Hampshire. They also got him a private computer programming teacher. His tutor David Newman used to come to their house once a week and helped him in his programming rather worked with him.

While Mark was in High School, he created the early version of music software Pandora and named it ‘Synapse’. However, he became the captain of his school’s team and also had an excellent performance in literature. He also earned in diploma in classics. 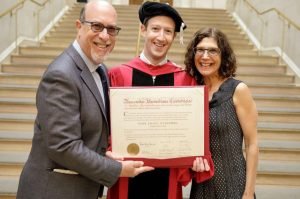 After Zucknet, Synapse, he continued to work on improving these programs. Along with these, he also developed new programs. At that time several companies like Microsoft, AOL expressed interest in hiring teenagers or buying the software they used to make. But Zuckerberg declined their offers. After graduating from preparatory school, he enrolled at Harvard University in 2002. He became very well-known as the go-to software developer on his campus in a short time. In his college life, he developed a program named, ‘CourseMatch’. The program is used to help the students in choosing suitable classes and courses. Through this software, students could easily choose their classes based on their course selections.

Furthermore, he also built a useful software ‘FaceMash’ by his sophomore year. Users could upload pictures on the FaceMash server, and even the users could vote on the more attractive picture. The software used to compare the pictures of two students. So, FaceMash became widely popular among the students in no time. After a while, the authority banned the program on campus due to its inappropriate use. After that Mark partnered with his three friends Divya Narendra, Tyler Winklevoss, and Twins Cameron. Together they created a dating site for the Harvard elite. And they called it Harvard Connection. 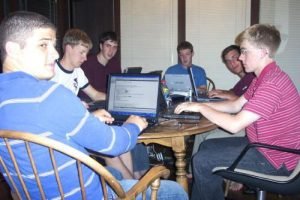 Zuckerberg and his friends Dustin Moskovitz, Eduardo Saverin, and Chris Hughes built a social networking site. The motto was to help the Harvard students to stay connected. The site went live officially in June of 2004 under the name ‘Facebook’. Mark ran Facebook out of a dorm room at Harvard University. By the end of 2004, the Facebook website reached one million users. So, Zuckerberg dropped out of college and continued to work on improving Facebook full time. He moved the company to Palo Alto, California. Zuckerberg’s enterprise received a huge capital investment of $12.7 million from Accel Partners. In 2005, Facebook had opened up its access to the students of other schools and the website to reach 5.5 million users.

In 2019, the company reported that the daily active users are getting increased 9% year-over-year. Now the number of total monthly active Facebook users is 2.45 billion. And the number can easily let you know that Facebook becomes the world’s largest social media platform. As of 30th Jan 2020, Facebook has a market capitalization of $598 billion. But, this year Zuckerberg holds 60% of voting rights in the company. And the reason is, he owns over its 375 million shares. 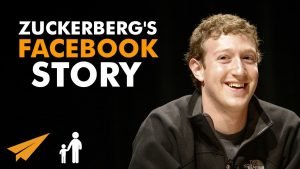 Biography of Mark Zuckerberg: Net Worth

As of 29th Jan 2020, Mark Zuckerberg has a personal wealth of $78 billion. In addition to his business mind and inventions, he also well-known for his donation and philanthropic causes. Zuckerberg pledged to donate and spend at least 50% of his net worth for charitable work before he dies. For instance, he donated more than 100 million dollars in 2010 to save the Newark school system in New Jersey. Chan Zuckerberg Initiative (CZI) also committed to investing at least $3 billion into scientific research work.

“We are committed to doing our small part to help create this world for all children. We will give 99% of our Facebook shares — currently about $45 billion — during our lives to join many others in improving this world for the next generation.” When their first daughter Max was born, the couple wrote in an open letter and posted it on Zuckerberg’s Facebook page. Zuckerberg also called other wealthy entrepreneurs to follow such a benevolent initiative.

People are always very curious to know who is Zuckerberg’s wife? So, let us know that Mark Zuckerberg’s wife is a Chinese-American medical student named Priscilla Chan. Zuckerberg met with Chan at a college party in 2003. The fun fact is that the couple met the first time in a line for the washroom at that party. 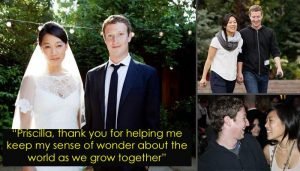 There is another fun fact about their marriage. The couple decided to get married in 2012 and invited their close friends and relatives to their home in Palo Alto, California. But they did not inform them about their marriage. More than 100 guests attend their invitation but they thought that the couple throws this party for celebrating Chan’s graduation. Later, the guests came to know about their marriage and they witnessed the couple’s engagement. There the lovely couple, Chan and Zukerberg exchanged vows as well.

On 19th May 2012, the couple married each other. Zukerberg made their wedding announcement through his Facebook post. He updated his profile status by the post “Married to Priscilla Chan” on a Sunday evening. Their wedding announcement post had more than 850,000 likes. People throughout the world showered their love and blessings to the couple there.

Biography of Mark Zuckerberg: His Unconditional Love for Daughters 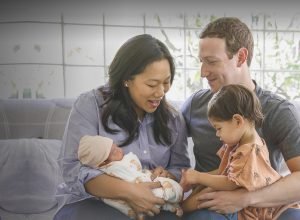 Whenever we get free time, we start chatting or commenting on others’ FB posts or scrolling through the Facebook news feeds. Moreover, spending a lot of time on Facebook has become an addiction for many of us. And here you get to know about the man who founded Facebook. We also inform you how he made his social-media business super successful. Hope you like the life story of this business mind. For more biography articles like this stay tuned.