New Delhi, February 21, 2020: Potential challenges like an asteroid hit, nuclear catastrophe and war are looming over Earth. Estimating the threat, scientists’ don’t want to compromise on preparedness front. For they have created a huge Seed Vault for  Doomsday. In other words, in case of disaster, the vault can rejuvenate the earth again.

The idea of seed vault is long term storage of seeds. In order to keep it for a longer period, seed vault has been established in permafrost. It is a huge facility located in Svalbard which is the Norwegian island of Spitsbergen, near Longyearbyen. The vault is deep inside a mountain. Hence can withstand the greatest disasters.

The requirement of the Permafrost

Permafrost and thick rock ensure that the seed samples will remain frozen even without power. The Vault Svalbard is the ultimate insurance policy for the world’s food supply. Besides, it offers options for overcoming future challenges. These include climate change and population growth. Moreover, it will secure millions of seeds for centuries. As a result, the vault will represent every important crop variety available globally today. Hence the setup is a backup plan for the future.

The Seed Vault has a storage capacity of 4.5 million (45 lakh) varieties of crops. Each variety will contain an average of 500 seeds. So a maximum of 2.5 billion seeds may be stored in the Vault. Currently, the Vault holds more than 980,000 samples. All these have originated from almost every country in the world. It contains unique varieties of major African and Asian food staples. For instance, maize, rice, wheat, cowpea, and sorghum. Additionally, it holds European, South American varieties of eggplant, lettuce, barley, and potato. Currently, the Vault holds the most diverse collection of food crop seeds in the world. 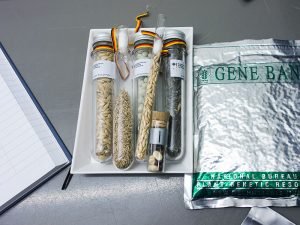 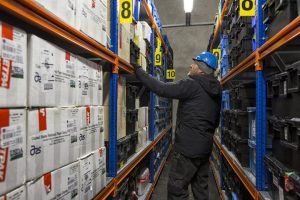 Above all, seed vault is to provide backup in case of extinction. Svalbard has hidden inside the mountain it can stand intact for centuries. The first-ever withdrawal happened in 2015. It was due to the Syrian war. The withdrawn seeds replaced the damaged one in the local gene bank.