Dhirubhai Ambani is among some of the famous business entrepreneurs one must know about. This is because of his various personal and professional qualities. All this makes it important to know about him.

So in this article, I will let you know about the story of Dhirubhai Ambani. It will throw light on different aspects of life. You will know about  his early life, his different qualities. Besides this, you will know about his journey from a middle class man to a Founder of Reliance Industries.

Full name of famous Business Industrialist Dhirubhai Ambani was Dhirajlal Hiracahand Ambani. He was born on 28 December, 1932 to Hirachand Gordhanbhai Ambani, and Jamnaben Ambani in Chorwad, Junagadh district, Gujarat.  His father was a village school teacher and originally belongs to the Modh Baniya Community.

Dhirubhai Ambani had done his schooling from Bahadur Khanji School. He had joined protests against Nawab of Junagarh to destroy his motives to conquer the area. Though he was born in a middle class people but from his youth itself he was very ambitious and passionate for doing something big.

Dhirubhai Ambani started his career at an early age of 16. He started working for A. Besse and Co., (Largest trading firm of that time), situated in Yemen with his brother Ramnikbhai in the year 1948. During his job, he learned various skills like management, trading, leadership and many other skills.

Since he was very much ambitious and clear about his goals. So in the year 1958, he left that job. After coming back to India, he decided to start his own business. He started his first business as trading of spices and textiles.

Though Reliance Industries is one of the known and largest Conglomerate firms. But Dhirubhai Ambani first started business with spices and textile trading. He started this business in partnership with his cousin Champaklal Damani with the trade name “Majin”. Under this business, they used to trade in exporting spices to Yemen and importing Polyester Yarn to India.

But this partnership ended in 1965 due to diverse business thinking among both of them. This was because Ambani was always a risk taker businessman but his cousin was cautious one. After splitting up with him, Dhirubhai Ambani started his own textile business “Reliance Commercial Corporation”  in 1966. He started with a brand “Vimal” under the business in Naroda, Ahmedabad. Under this brand, he started selling Polyester materials for Suits,sarees,dresses and shawls. This was just start of the biggest business empire. This company was later renamed as “Reliance Industries”.

In a few years, Dhirubhai Ambani got huge success in brand Vimal. It became a much known brand among the people. But he didn’t stop here only. This is because of his high thinking and much bigger goals than this.

After getting success in the textile market, he started business in other diverse sectors. This includes Petroleum refining and marketing, oil, power generation. It also had business in sectors like plastics, logistics, retail, financial and telecommunication. Besides there are schools and hospitals on him and his wife Kokilaben Ambani’s name.

With his huge success in diverse sectors, Reliance Industries became the first Indian organisation to be listed in Fortune Global 500 list. Besides this, its IPO was also first to get oversubscribed 7 times of its value. 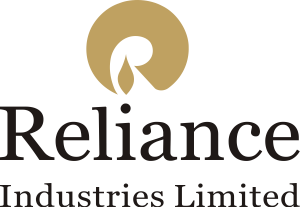 Reliance Industries Limited earned many glorious achievements under the Leadership of Dhirubhai Ambani. Some of them includes-

During his life he received following Awards.-

He was no doubt an exceptional business entrepreneur. Under his exemplary leadership, Reliance Industries Limited achieved new heights. He had a unique vision to achieve his goals with determination and hard work.

Besides being a known Business industrialist, he was also a very humble and down to earth man. Due to his leadership only, Reliance Industries became the largest Indian Conglomerate business. He was the great visionary of the 20th Century.

Besides his professional life, he was a caring and loving husband and a exemplary father. This can be seen through wordings of his family in different interviews.

Demise of the Great visionary 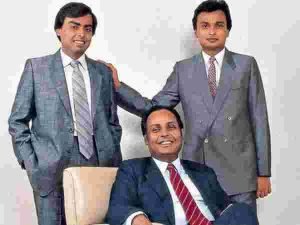 Though he left us many years ago, but now also his lessons and learnings are alive for us to act upon to achieve our future goals.

Learnings from the story

You can take following lessons from his story after reading it-