‘Biography of Steve Jobs’ – this is the new addition of our extensive collection of biographies. Here, we will let you know the life stories of Steve Jobs, the most inventive, talented, and energetic person in American Technology. The largest and finest industries of the past decades came with his vision and foresight of affordable personal computers.

Steven Jobs (Feb 24, 1955 – October 5, 2011) was an American tech entrepreneur, designer, computer programmer, inventor, and a world-famous businessman. He was the co-founder, chairman, and chief executive of Apple Industry. In 1976, when Steve was just 21, he co-founded Apple Computers with Steve Wozniak. Since then, Steve Paul Jobs became the name of success in revolutionary new technologies such as the iPad, iPod, and MacBook. 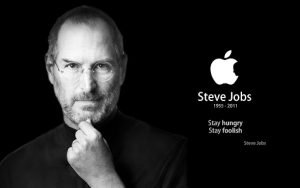 In this article named biography of Steve Jobs, we will discuss his early life, personal life, education, career, business, success, wealth, battle with cancer, and all the struggle period of his entire life.

Steve Jobs was born in San Francisco, California on 24th February 1955. His biological parent was Joanne Schieble (later Joanne Simpson) and John Jandali. His father Jandali was a professor of political science. And his mother Schieble was a speech therapist. At the time of his birth, the couple was unmarried. As well as both of them were only two graduate students of the University of Wisconsin. So, they gave up their son for adoption. Although later, they got married and had another child Mona Simpson.

The Jobs couple Paul and Clara adopted him and named Steve Paul Jobs. He always considered the Jobs couple as his real parents. He grew up with his adoptive parent and sister, Patty. Even, Jobs did not know about his adoption until he was 27 years old. 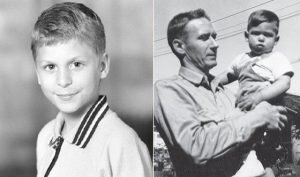 Here in the biography of Steve Jobs, we will give details about his early life and brought up tales. Job’s father, Paul was a Coast Guard veteran and skilled machinist. And mother, Clara was an accountant. Jobs had gained a lifelong interest in new inventions. He also liked to design new modern technology in the electronics field. All of these interests, he earned from his father at his young age. His father taught him how to take apart and reconstruct electronics items. This lesson became his hobby which gave him mechanical prowess, confidence, and tenacity to invent something new. His father always encouraged him and allowed him to experiment with electronics in their family garage.

The Jobs family started living in Mountain View, California from 1961. People in this area used to have personal radios, stereos, televisions, and computers. At that time, the area became the center of electronics. And as a result, people renamed the area as ‘Silicon Valley’. There was an electronics manufacturer, Hewlett-Packard. They used to organize some workshops and run an explorer club. The club was absolutely for them who had interest in electronics and gadgetry. Engineers of Hewlett-Packard used to demonstrate their new products in their workshops. Steve also saw the first computer in the Hewlett-Packard Explorer Club when he was only 12. Since then, he wanted to work with computers and started attending all lecture classes and workshops at the Hewlett-Packard plant. The president of the company, William Hewlett was impressed with him and offered an internship at Hewlett-Packard. 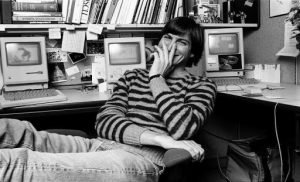 Steve Jobs was very intelligent and had an innovative mind. Formal schooling used to make him frustrated. At an early age, Job went to a local school in California. At his fourth standard, the school administration wanted to promote him to the high school directly, but his parents decline the proposal. After completing graduation from high school in 1972, he enrolled at Reed College in Portland, Oregon for two years.

After one semester. he dropped out of college due to boredom and get fascinated with typography. He started attending a calligraphy course at Reed College and developed his love for typography. He told that this course helped him to design the unique multiple typefaces along with proportionally spaced fonts in Apple’s devices.

After that, he took a job at ‘Atari Computers’ as a video game designer in 1972. A few months later, he left the job and visit India to study eastern religions and to find the spiritual enlightenment.

Steve Jobs and the ‘Apple’ Era:

In this point of the biography of Steve Jobs, you already get to know about the super intelligent mind of Jobs. now lets go on. Steve Jobs met Steve Wozniak during his jobs at Atari. Jobs joined Homebrew Computer Club in 1975. Steve Wozniak was also a member of this club who was a computer technician and trying to invent a small computer.

At that time, most of the mainframe computers were so large that could fill an entire room. And all of them were too expensive too by for the common people. So, it was almost impossible for the middle-class family to afford it individually. Jobs and Wozniak started to conceive a series of small which were low in cost. They started selling those user-friendly computers to individual users. 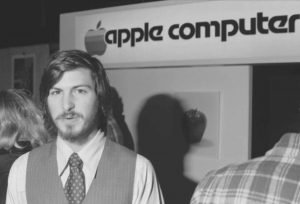 And the Apple was born:

In 1976, they started their joint venture ‘Apple Computer’ in the Job’s family garage. Job sold his Volkswagen bus and Wozniak sold his scientific calculator to arrange the initial funding which was $1,300. Apple Computer started democratizing modern technology by making the devices smaller, cheaper, automatic, and easily accessible. At first, the company sold the modern circuit board and worked on the mainframe computer model. However, their company initially marketed $2.7 million in their first year. And the sales grew to around $200 million within the next three years. Their corporate growth was successful to create history in the U.S corporate market.

In the first days of trading, Wozniak was in charge of production. And Jobs used to look after the marketing aspects of the company. In 1980, their company became a publicly-traded company with an impressive market value of $1.2 billion. Apple Computer is continually forced to launch new models and improve the previous products to remain ahead of other competitors. They introduced Apple III and many more new models but these products suffered several technical problems. The reason behind that was the design flaws and few marketing problems. This venture was not became successful and as a result they received consumer disappointment. 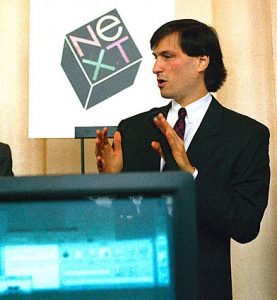 Biography of Steve Jobs: The ‘NeXT’ Dairy and Reinventing Apple:

After leaving Apple Computer, Steve Jobs founded a new hardware and software company ‘NeXT’. The company sold its specialized and advanced operating system in the mainstream American Tech market. In 1996, the paths of Jobs and Apple crossed again while Apple Computer bought ‘NeXT’ for $429 million.

In 1997, Jobs hold the post of Apple’s CEO again. And he put the company back on track with his new management team and improved stock options. The stylish design and effective branding campaigns of new products like iMac attracted the customers once again.

Have you ever seen the movie – ‘The Incredibles’, ‘Toy Story’, and ‘Finding Nemo’? We know these movies are very popular around the world and Pixar films produced these films. But do you know who the owner of this animation studio was? Yes, Steve Jobs purchased an animation company in 1986 and renamed if Pixar Animation Studio.

Steve Jobs met with an MBA student, Laurene Powell at Stanford Business School. They fall in love with each other and got married on 18th March 1991. They lived in Palo Alto, California with their three children Eve, Erin, and Reed. 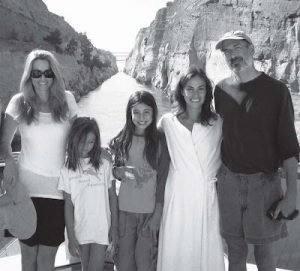 When Jobs was 23, he fathered a daughter with his girlfriend Chrisann Brennan in 1978. But, he denied the fatherhood of his daughter, Lisa in the court document. But, when Lisa was 7 years old, Jobs initiate the father-daughter relationship with her and started living together.

In 2003, it was detected for the first time that Jobs had a rare type of pancreatic cancer. The next year, he had successful surgery to remove the Neuroendocrine Tumor from his pancreas. Though, he had been suffering from some health issues such as weight loss, hormone imbalance, etc for several years. So, he had a liver transplant in 2009. And finally, he declared his medical leave and resigned from the post of Apple’s CEO in August 2011. After struggling a lot with cancer, he died on 5th October 2011 in Palo Alto, California. He was only 56 years old then. 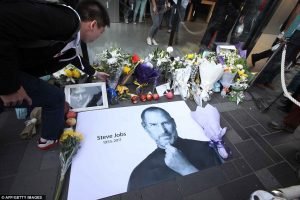 I Hope, you have enlighten your knowledge regarding the biography of Steve Jobs from our article. So, stay tuned and know your favorite public figures from a new insights. Keep reading.