Now, It is a festive season and china suffers great losses in India. People are slowly adopting the new normal and are getting back to their normal life. And the festivals are only some source of refreshment and merriness in somewhat was a gloomy 2020. However, the festival season has thus proved to a huge boost to the Indian Market.

In the Diwali season, China has suffered a huge loss in the Indian market. This loss is a result of a call of boycotting Chinese products. The Confederation of All India Traders (CAIT) started this boycotting and people follow it religiously. This call of the boycott is due to the rise of tension and disturbances in the Line of Actual Control (LAC) between India and China in Eastern Ladakh. 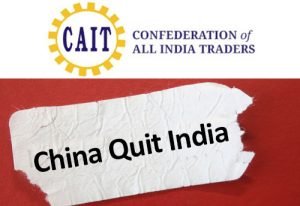 What did the National President of CAIT say?

The CAIT National President B.C. Bhartia and Secretary General Praveen Khandelwal said in a statement that the traders across the country under CAIT adopted Vocal for Local. They also took the initiative to become Aatma Nirbhar. This term was a call of the Prime Minister to sell and buy only Indian goods. They gathered reports from 20 different cities. And as per the reports, these are also going to be considered to be the leading distribution centers of India. As per expectation, the Diwali festive sales generated a turnover of about Rs 72,000 crores. And they gave China the expected loss of Rs 40,000 crores. They also said that Diwali festive sales indicated that the people of India not only beaten the COVID but also China. And both are in terms of sale and purchase of festive goods.

Amidst the COVID pandemic, it was altogether an unidentical Diwali celebrated comprising of some very strong features. These are like a complete boycott of Chinese goods, mass usage of local goods, and also unlock of activities of traders. All of these were put to a halt for almost half a year. Chinese traders have incurred a tremendous loss this Diwali as well as the country, China suffers great losses in India. This is a statement published by the Confederation of All India Traders (CAIT). CAIT stated that a huge boost in sales occurred during Diwali festive season which jumped as high as Rs 72000 crores throughout major market areas in the nation.

Loss in the small industry of firecrackers:

The statement however stated that it was an order of The Supreme Court not to use firecrackers. But due to utter negligence to government authorities, a policy on firecracker was missing. And as a result, they have a loss of around Rs 10,000 crores of business for small manufacturers and sellers of firecrackers.

There have been a huge demand for fast-moving consumer goods (FMCG), consumer durables, kitchen accessories, and articles. People even craved toys, electronic appliances and goods, electrical appliances and goods, gift and confectionery items. Even the Indians did not want to lose the chance to buy lighting, food, tapestry, home furnishing, footwear. There was also a high demand for items like furniture, gold and jewelry, garments, clothes, and interior decoration items among customers. According to CAIT, the highest sales surge during the Diwali festive season indicated good business prospects in the future.

CAIT cites that Delhi, Bengaluru, Mumbai, Chennai, Hyderabad, Kolkata as “distribution cities” for the purpose of its surveys. They also listed Nagpur, Raipur, Bhubaneswar, Ranchi, Lucknow in the list. Even Kanpur, Noida, Jammu, Ahmedabad, Surat, Kochi, Jaipur, and Chandigarh too made their place in that list. And for all these reasons including ‘vocal for local’ China suffers great losses in India. 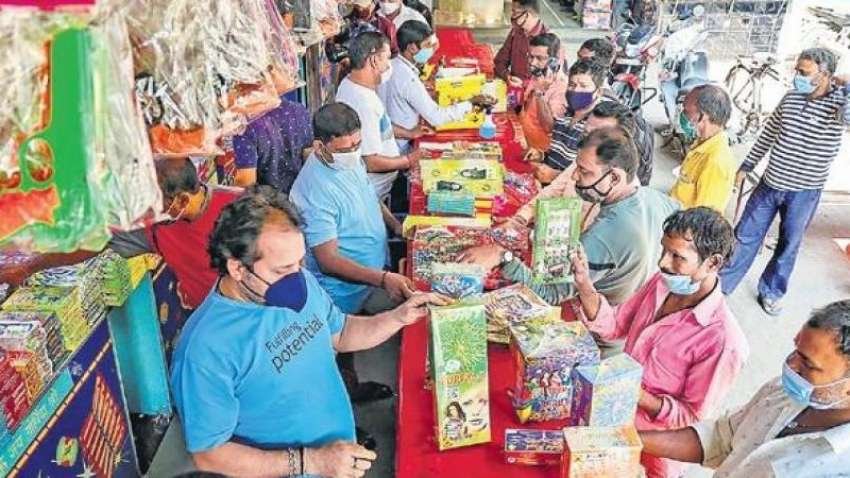 It was no doubt a happy Diwali for Indians. This Diwali season indicated a 10 percent market gain despite the COVID impact. The reason is the liquidity push in systems with stimulus packages across the globe. CAIT said and also told that the Indian people have shown great support towards a Hindustani Diwali. The Diwali sales have come as a blessing for the Indian Economy positively. RBI said that the country could return to growth by December 2020. But they also give a condition for it. RBI said if the sales sustained during September-October continues its momentum, India will fight back. Central Bank too stated that there was optimism that the revival of economic activity is stronger than the mere satiation of pent-up demand. They also added that equal sales will provide a swift return to growth than expected.