Though almost every celebrity is making efforts to entertain people during Lockdown but Salman Khan is just unstoppable. The Dabangg star is continuously grabbing attention because of the way he has been spending the Quarantine days. Salman has also released three tracks amid the Pandemic which has received lots of love.

Apart from the songs, people are going crazier for Salman Khan’s Panvel farmhouse. So, here are some details about his Panvel house that you will love to know.

Salman Khan’s Panvel Farmhouse is known as Arpita Farms. It is the second home of Salman and, he often spends time there. Whenever Salman gets time or has no shooting schedule he plans his holidays in Panvel and, that’s something worth seeing. Bajrangi Bhaijaan’s friends and family also love the Panvel property and frequently visit there.

Not only this, but the Superstar had also thrown his 50th Birthday bash at his Panvel Farmhouse. The decorations and the interior were so good that everyone was drooling over the pictures which went viral. 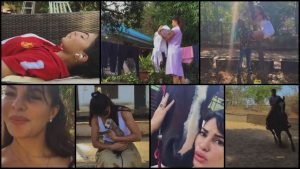 The entrance of Salman Khan’s Panvel Farmhouse has a glorious idol of Ganesha. There are proper ATV cars, dirt bikes, and jeeps for the guests to go on a ride around the farm.

Almost everyone is aware of Salman’s obsession with Gym, he never compromises with his workout routine. There is a huge indoor gym with all the expensive and exclusive equipment for the workout. Lately, Salman had also shared pictures while sweating hard in his farmhouse gym on social media.

Surrounded by lush greenery, the farmhouse offers pleasant vibes away from the hustle of the city. There is a fancy swimming pool with a snooker table on the side for entertainment. Everyone usually has tea and snacks on a cute table in the garden.

Salman Khan’s Panvel farmhouse is a perfect example of flora and fauna. There is also a separate area for Salman’s pets, he had many times shared pictures of horses from his farm life. Besides this, goats, ducks, cows, and different types of birds too can be seen at Salman’s Panvel house.

Several vegetables and fruits are grown inside the lavish farmhouse. Every guest who visit gets home-cooked food which is also prepared from farm produce. The Bhai of Bollywood does not settle at low when it comes to comfort and luxury. All the things for which Salman has passion are present at his Panvel Farmhouse. Many people spend farm life but Salman’s is one of a kind and also like a dream that most people wish to be true.

Talking about Salman’s lockdown life, the handsome star is spending some really fun time at his farmhouse. He keeps his fans updated through his social media and also gives them a glimpse of what all he does. Besides, Salman B-Town actress Jacqueline Fernandez, Lulia Vantur, actress Waluscha, Sohail Khan’s son Nirvaan, sister Arpita Khan with family are also stuck at the Panvel house amid Lockdown.

From the very first day when the Lockdown started Salman has been sharing pictures and videos which created a massive buzz. He firstly uploaded a video with Nirvaan where they discussed about the fear of not meeting family members for so long. Then, he took video and pictures while having breakfast with his horse. Jacqueline also gave fans a sight into her days at Panvel Farmhouse. Even after seeing so many pictures from the farmhouse people’s curiosity raised to see Salman’s Lockdown schedule.

Lockdown Farm Life of Salman to feature on Colors Channel:

As per the latest reports, the Colors channel has decided to release a new show House of Bhaijaanz which will give us a glance at Salman Khan’s Lockdown days. Salman’s friend and actress Waluscha De Sousa will be hosting the show. Earlier also she went for an interactive session with Jacqueline and Salman regarding their romantic track ‘Tere Bina’. Waluscha’s interview video at the Farmhouse was really liked by people. 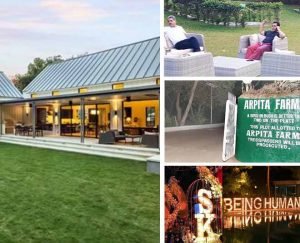 According to the rumours, the new show will also include the house workers and the staff who are working at Salman Khan’s Panvel farmhouse. The exciting twist in the show is, some popular actors who have good relation with Colors will also make an appearance. Produced by SK TV and Banijay Asia, it’s quite obvious why Colors want to do a show on Salman.

Salman has a strong and loyal relation with Colors, he has been the main face of Big Boss from past many years. Thus, what could be better than having him on your channel. This news of Salman’s sh has left his fans eagerly waiting for it to start. Also, it’s a great initiative to uplift everyone’s mood and give positive hopes that is the need of the hour for India.

This is not the first time Colors has impressed audience with their unique idea of keeping the audience entertained. The channel had earlier released a show by the name of Hum Tum aur Quarantine with Bharti Singh and Harsh Limbachiyaa. It received a successful result and after that the makers planned to share Bhaijaan’s quarantine experience. What do you think about this upcoming show? Do share your views with us.