On December 17th of 2019, a special court in Pakistan delivered a judgment against former Pakistan president Parvez Musharraf. The charges against him imposed regarding the making of unlawful emergency decisions in 2007. This special court panel consisted of Chief Justice Waqar Ahmed Seth, Justice Nazar Akbar and Shahid Karim. The trial on the former president started in December 2013 and finally concluded on November 19, 2019. Finally, they announced the verdict on December 17, 2019. This is the 16th time when a presidential figure awarded a death penalty. 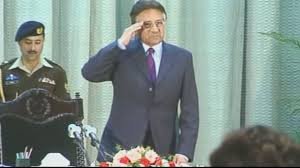 Parvez Musharraf was president of Pakistan from 2001 to 2008. Musharraf’s term was longer than any other in the history that’s why he resigned in 2008. The rise of Parvez was quite meticulous. In 1999 when Pakistani Army staged a coup to overthrow the government led by Nawaz Sharif, he rose into ranks. In 2001 he took the presidency and in addition to that he also won a referendum in 2002. All this resulted in him becoming a president for 5 years. After the emergency of 2007, he was made to retire due to accusations of unlawful decisions.

Emergency rule dispatched in Pakistan in 2007 by Musharraf, he also adjourned the constitution in the period. This led to a lot of controversies and as a result, Musharraf had to step down from the presidency to avoid impeachment. Later on, he self-exiled until 2013. In 2013 Nawaz Sharif became Prime Minister and he started a treason case against Musharraf. In March 2014 high treason case marked against Musharraf. He accused of using government for his political and personal gain through unlawful means in emergency 2007. 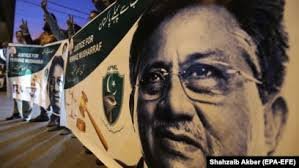 Although Musharraf denied the charges against him. He argued that Sharif is looking for revenge, they are refused. In 2016 Musharraf fled to Dubai and not appeared before the court on multiple occasions despite being called. This led to the case becoming further stronger against the former president. In the constitution of Pakistan, the high treason has a high magnitude of punishments, one of them in the death penalty.

The case was running quite ate a long period of time and finally, in December 2019, they announced the verdict.
This is the second time a Pakistani president is getting a death penalty. First was Bhutto Zulfakir Ali in 1979. 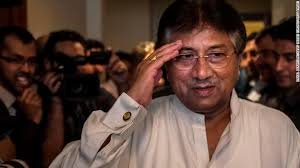 it is a historic moment in the history of Pakistan since the military’s position is a strong one in the country. Therefore, its a significant moment as a higher rank holder of military is getting a death penalty. In the history of the country, the military has always held influence over the government. Some of the officers have also become president just like Musharraf. That’s why this could be the beginning of something new in Pakistan.

Nevertheless, generals in the military are not able to get over the fact that Musharraf handed the death penalty despite serving the country.