The people of France are all prepared for a strike. Though France is already famous for protests, this strike is a pre-planned walkout. The strike started on 5 December 2019 is termed ‘unlimited’ and will only be called off when the (Trains cancelled in France) demands are fulfilled. The Unions protesting have said that they can continue the strike for weeks for the same. 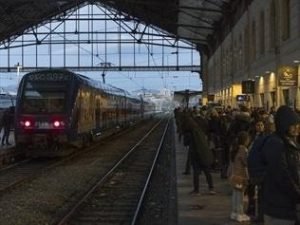 The French President Emmanuel Macron during his election campaigning in 2017 said that he would reform France and cut down the taxes. However, after winning the elections he proposed a ‘Pension Reform’ in which he wants to change the pension system of France. 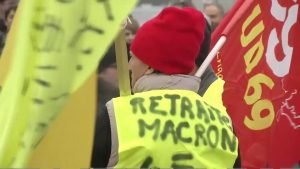 Currently, people of Public sector in France get their pension calculated on the assessment of their 25 best years of work and their salary in the last six months of their working period. But according to the reform the pension now will be calculated in ‘Points system’. In this system, every year of an employee’s working period would be taken into consideration. Which means if an employee had some health issues or was on leave due to any reason, he/she will receive a low pension.

Who are the strikers?

The strikers are mainly the ‘chemo not’. Cheminots are the people with special status in French Railways. These Cheminots include workers from all categories of French Railways. All of them are having special status. They cannot be fired due to economic reasons and have a job for life. They can retire between 52 to 57 years of age, which is a decade earlier as compared to other sectors. The train fares are very low for them, their children and their spouse. Their pension now is calculated only on the basis of the last six months they’ve worked.

PTeaching Unions have also joined the walkout, as a result of which schools are closed.

This strike also includes civil servants from high profile judges to garbage collectors. The police and hospital workers cannot shut their operations but will participate in stage protests. 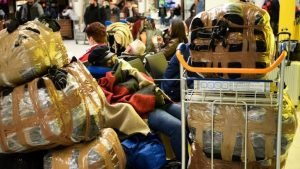 The strikers do not the ‘Points system’ to come into the application as this would decrease their privileges. However, the current (Trains cancelled in France) worker’s privileges would not be affected by this plan, but the workers are struggling for the new employees.

The strike will affect the whole transportation system as all transport unions are included. The SSNCF ( French Railway Company ) has cancelled its 90% of services from today to an indefinite period. 20% of flights are also affected by this protest. International travel is also affected by the strike.

The last strike with such great impact happened in 1995 when France stood still for 3 weeks. This strike is expected to end by the Christmas eve.