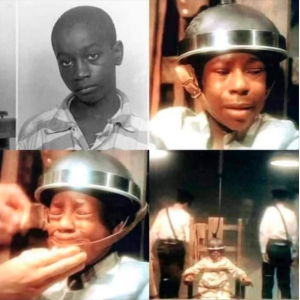 It’s heart wrenching to read upon a case where an 14 years old child was being (Guilty till proven innocent) executed on charges of murdering two girls.

The boy named George Stinney Jr has been the youngest person to be sentenced to death in United States. He was always seen carrying a Bible in his hands during his trial period. He was charged with murder of two white girls viz

year old Betty and 7 year old Mary. Both the bodies were founded near the house of this boy and where his entire family lived. Surprisingly the trial lasted for 2 hours only and the little boy was sentenced to death in hardly 10 minutes later.

Even the parents of boy were not allowed in the court room and were eventually expelled from the city after the trial happened.

Even before the execution George had spend 81 days in prison without letting anyone meet him nor his parents too. Later he (Guilty till proven innocent) was executed in solitary 80 miles from city and lastly he was electrocuted with 5380 volts in his head.

Finally now after 70 years in year 2014 his innocence has been proven by a judge in South Caroline.

May this departed soul find peace and solace. Rest in peace.