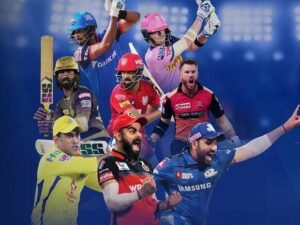 COVID 19 has taken a big toll on the sports industry. From the postponement of the Tokyo Olympics to the cancellation of Wimbledon and IPL is Affected by COVID, the entire sports industry has taken a hit. In the Indian Premier League, the marquee event of cricket was also delayed. Eventually, the cricket board decided to hold in the United Arab Emirates, 1620 miles away. It seems like a radical step, similar to moving Major League Baseball to Costa Rica. However, the sports and the business industry have suffered a big blow.

With the delay in the matches, the sports betting industry was also running into losses. Bettors, even after getting a hand on the IPL match predictions, didn’t get a full chance to bet on their preferred team or player. However, with IPL scheduled to start from September 19, betters will once again get a chance to place the bets on their favorite teams.

In fact, every element of the IPL industry has been affected. From teams, athletes, leagues, to sports retail, sponsorship, media coverage, coverage.

Before we move on to the impact of COVID on IPL, it is crucial to understand what the business constitutes. There are three main revenue sources for a live sports event:

These three revenue sources dried out for the sports industry, including IPL, as no live events took place because of the restrictions and lockdown. Moreover, the IPL industry entails not only the live events that are broadcasted but also the businesses dependent or associated with the occurrences of live events. The related businesses include stadium rentals, production of live events, fantasy sports, hospitality, betting, sporting goods, merchandise, etc., and all of these have suffered a great loss.

Many companies depend on sponsoring the IPL events to market their business and improve their sales. Individuals working on per match or per-event basis, such as the umpires, athletes without sponsors, or with a regular income source, have also suffered the heat of the pandemic.

The Economic Impact of COVID on the IPL Business Industry

The IPL is a million-dollar industry. Before the pandemic, the trajectory of the IPL market was only going upwards.
India has a strong domestic cricket system with tournaments like IPL. However, as of now, the future of IPL looks quite murky. This will have a strong impact on grassroots and domestic cricket.
Sure, it is all set to resume in September. But, cricket in India had stopped for several months because of the rise in infections and cases, even among the cricketers.

Cricket always had a significant commercial pull in India. By 2020, it had grabbed about 87% share of the estimated ₹58.94 billion sports industry in India. Cricket has evolved from the conventional 5-days test matches in 1877 to pacier T20 cricket. IPL has also seen major success in the sports industry and has managed to garner great sponsorship money.

At the beginning of 2020, no organizer or athlete would have imagined that an IPL match, let alone tournaments will be behind closed doors (quiet and empty stadium), but the pandemic has brought all sporting events, including IPL, to a standstill.

One of the primary reasons for the spread of the COVID has led to the postponement or cancellation of major sports events that are scheduled to be held in 2020.

If the IPL had been canceled completely, BCCI would have faced a loss of revenue of about 530 million US Dollars. The postponement of this event had a direct bearing on the athletes that participated in the sports, and on the people whose livelihood depends on the events, such as referees, umpires, support staff, and ground staff.

New Rules for In the Time of Covid-19 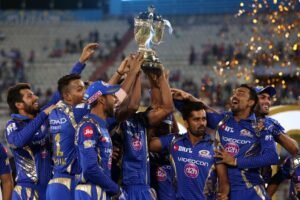 The International Cricket Council has made interim changes to the playing regulations.

Cricket like Formula 1 and NBA have mini-bubbles and bubbles for all venues and players. More than 1000 people were locked inside Orlando’s Disney World in NBA’s bubble. The bio-bubble has been introduced as the new pandemic-era protocol. So, the IPL participants go into a cocoon away from the outer world. Staff and teams stay put in hotels that are locked completely, for them. They are taken to and fro from practice matches and games. Just the people inside the bubbles can be a part of the sporting event.

The stands are empty for the IPL matches. So, there has been an eerie silence on the empty stands. India has also been virtually innovative. The 3TC solidarity cricket series that was being played in South Africa beams live with four commentators working from home- Sanjay Manjrekar, Irfan Pathan, Deep Dasgupta, and Jatin Sapru. A majority of the media interactions had been hosted on Zoom, as journalists worked from home.

Hugs, high-fives, handshakes between players have given way to nods and fistbumps. Also, players are not allowed to use their saliva for shinning the ball. In case a player does apply saliva, the umpire can show leniency in the initial phase as the players adjust to the circumstances. However, it will lead to a team being warned.

A team will be given a maximum of two warnings in every innings. After that, a 5-run penalty will be levied on the batting side. In case saliva is applied to a ball, it is the responsibility of the umpire to clean the ball before the game recommences.
The BCCI has also decided that cricket balls are going to be replaced by the fourth umpire in case it goes in the stands or even outside the stadium. When the ball that went out of the stadium is returned, it is going to be sanitized with alcohol-based wipes.

A lot of money is riding on the tournament. IPL brings in a lot of money for domestic cricket. Through a combination of well-planned measures and protocols, the tournament is due to resume in September. However, the pressure of playing during the time of the pandemic cannot be demeaned. India played throughout the pandemic in 2020 but luckily without any casualties or mental health issues. So, we can only expect that the good fortune continues in the future.