Kobe Bryan’s daughter waved goodbye to the world legendary basketball player Kobe Bryan’s and his teenage daughter died in a helicopter crash. The tragic incident took place in January. Bryant and his daughter were laid to rest in a private funeral in California on Friday. Eight others were present in the helicopter and no one escaped alive. Kobe’s daughter Gianna was 13. Gianna was the second oldest among Bryant’s four daughters. 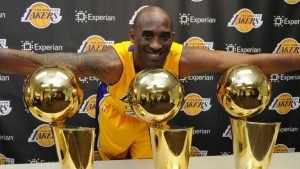 Gianna was called Gigi with love from everyone. Kobe Bryant was also a father to Natalia, Bianka, and Capri. Gianna and his father were on their way to Bryant’s Mamba sports academy in Thousand Oaks at the time of the crash. NBA Commissioner Adam Silver said, “He was generous with the wisdom he acquired. He saw it as his mission to share it with future generation players. He took special delight in passing down his love of the game to Gianna.” 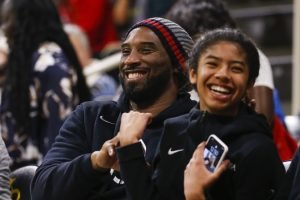 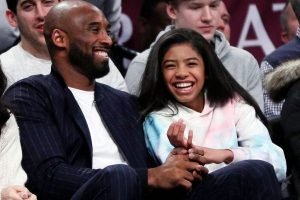 Gigi went to Harbor day school in Newport Beach, California. She was an American middle school basketball player. Gianna started playing because of his dad, Kobe Bryant. He inspired her in every possible way. She was coached by Bryant in the Mamba sports academy. Gianna played with on competitive team at the U-10 through U-15 levels. She devotedly attended Uconn, WNBA, and Lakers with her father. Gigi was the closest to his dad as she was always with him. Kobe often said how he thinks that Gianna is the female version of him. Bryant also said that she had it all covered as compared to him at his age. Kobe saw Gianna as the heir to his legacy. 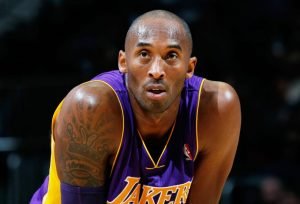 The legend referred to Gianna as Mambacita in his Instagram posts. It was a nickname for her as Kobe called himself “The Black Mamba”. Gianna wanted to play in WNBA. When asked Bryant if she was willing to play, he said, “She does for sure.” Fans often came to him and told him to have a boy. Since they believed only a boy could carry his legacy. In such situations, Gigi said, “I got this.” 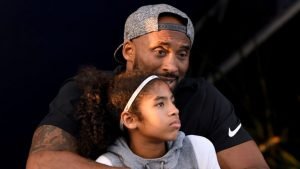 Bryant said that Gianna was “hellbent” about going to the University of Connecticut. It is also known as the women’s basketball powerhouse. Gianna was the reason behind Kobe watching NBA games. After he retired, he hardly watched any of those. When Gigi was into basketball, she watched it regularly. Every night, she would put it on. Bryant said,“ She watches everything.” She even got the NBA league pass on her phone. It shows every game in the league. Gianna was a fan of Trae Young, who played for Atlanta Hawks. Also, she watched LeBron James a lot. Bryant shared his moments from their first Lakers game together. Since he retired, it was the first game they watched and had a lot of fun. Kobe saw the game through Gianna’s eyes.

Conclusion of Kobe Bryant and her daughter 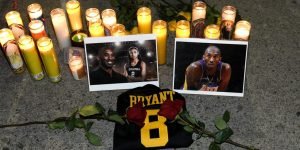 Kobe Bryan’s daughter called herself a proud girl dad. Gianna was, undoubtedly the heir who would have carried his legacy.