Things are heating up between lovebirds in the kingdom of Bollywood. And people’s interest in their love life is not a new trend. So, today we will share some spicy news of Bollywood and some Bollywood hot gossips which will make you super happy.

Our reel life ‘MS-Dhoni’ wants to tie the knot very soon. Now you must be thinking who the lucky girl is! And yes, she is none other than the ‘Jalebi’ actress Rhea Chakraborty. It’s true that currently, they are dating although they have not confirmed their relationship status officially. They are keeping their personal life private just like the other celebs. As per the latest report, the ‘Kedarnath’ actor is damn serious and all set to take their relationship to the next level. But some other sources are saying that the actor’s girlfriend Rhea Chakraborty is not in a hurry and she wants some more time before tying the knot. There is also a rumor that recently Sushant Singh Rajput has gifted her lady love a platinum pendant. Now their fans are eagerly waiting for the good news! 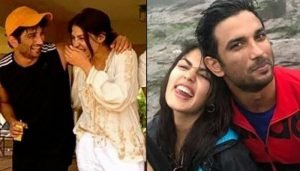 Varun Dhawan and Natasha Dalal are all set to get hitched!

After Virat-Anushka and Ranveer-Deepika, another B-town couple is going to have a destination wedding in the year-end or very early in the upcoming year. ‘October’ actor Varun Dhawan and his childhood sweetheart Natasha Dalal is going to tie the knot in a beach destination wedding in December. And now it is an interesting topic for all the Bollywood hot gossip lovers. As nothing is confirmed yet, the major topic of discussion is the venue. According to some reports, the (bollywood hot gossips) wedding venue is Goa. But a source close to the couple revealed, ‘They are planning a Bollywood style grand wedding and two families have decided on two exotic destinations that are Bali and Phuket’. Some have also informed that they can exchange their vows in Jodhpur also.

Only some close relatives and friends of both families and a few friends from the Bollywood film industry will be a part of the big-fat wedding. But it is heard that they will throw a lavish reception party for the b-town celebs and their other friends in Mumbai later. As their family members are also very well-known to each other for a long time, everyone is very happy and looking forward to the D-day.

B-town stars are always cooking up something new and their fans are also excited to know the things. Nowadays, these stars are quite active on social media and we get to know their whereabouts from their updates. But ‘what is going in their life’ is still a hot gossip you know! 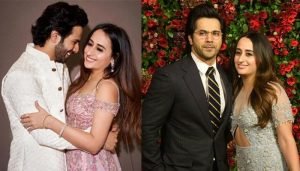