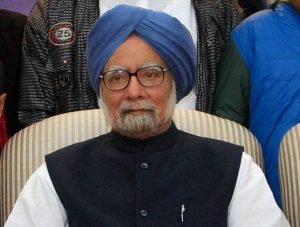 After the PM complains of chest pain and uneasiness, he was quickly shifted to AIIMS in national capital on Sunday evening. He is under the observation cell at the cardio thoracic ward of the premier hospital.

A source close to him says, “all his parameters are fine. He is kept under the strict observations of professionals. He adds he is suffering from condition of uneasiness.

How is his current condition now?

Though there is no official statement by AIIMS on Manmohan Singh’s admission to the hospital. Later on, Singh’s office confirms that he is particularly fine now. “he was suffering from fever from couple of days due to side effect of medication he took.

Previously the PM has gone through two heart bypass surgeries. Till date, the PM maintains an active and healthy lifestyle.

Recently he addressed the press conference with Congress President Sonia Gandhi. This was his last public appearance.

Senior politicians from congress and other political parties are wishing him good health. They wish a speedy recovery for him. Congress president Sonia Gandhi enquires about his health by wishing him good luck.

Also, Rajasthan Chief Minster Ashok Gehlot expresses his concern on his health issue. He prays for his good health and long life. Meanwhile, Delhi CM Arvind Kejriwal tweets about Dr Singh health. He tweets, “hope he makes a full recovery soon. All of India is praying for our Former PM”.

RJD leader Lalu Prasad Yadav also tweets, “my sincere prayers for the speedy recovery of Manmohan Singh ji; the humble, intelligent, scholar, true gentlemen and one of the best PM.”

PM Manmohan Singh joined the political party as a distinguished economist. He has served the nation for two terms between 2004 and 2014.  With the Congress back in the opposition, he plays a lead role in advising his party on economic issues.

Last month, he accepts to lead congress ruled Punjab on economic front in order to recover from Covid-19 crisis. He is currently a member of the Rajya Sabha from Rajasthan.