Well, all the Prabhas fans have a reason to be happy because their wait is about to be over. The Telugu superstar Prabhas starrer ‘Saaho’ is all set to hit the screens on 30 August in Telugu, Hindi, Tamil, and Malayalam respectively. The film, which is directed by Sujeeth, is creating a buzz in Industry as it is one of the most *(saaho movie trailer) expensive movies in India. People will see some sizzling chemistry between Prabhas and Shraddha Kapoor. It is Sraddha’s debut movie in South Indian film industry. Right Now, ‘Sahoo’ actors are busy promoting their film which is enriched with a star-studded cast and saaho movie trailer, action, romance, amazing songs, and entertainment. 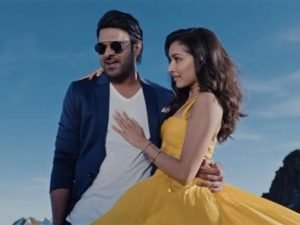