Sanjay Leela Bhansali’s film is always a hot topic in Bollywood! For his next project ‘Inshallah’ he has planned to bring Salman Khan and Alia Bhatt together for the first time. But fans will have to wait a little longer to see ‘Dabangg’ actor Salman Khan romancing with beautiful Alia Bhatt on the big screen. Salman Khan made it clear saying that Sanjay Leela Bhansali’s film ‘Inshallah’ would not release on Eid next year, but he (Inshallah movie release date) promised another movie in next Eid. The reason behind shelving the project is still unknown but the production house has made an official announcement on Twitter saying that further details would be out soon and Inshallah movie release date. 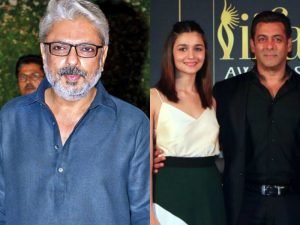