Prince Harry, the Duke of Sussex, arrived in Edinburgh on Tuesday. He was there for a business meeting about his sustainable tourism project. Prince along with his family has moved to Canada. He is about to let go of all his royal duties.

Prince Harry and his wife, Meghan take a step back from the royal duties. He was in Britain on Wednesday. They have to make a few public appearances before they officially give up their royal ways of living. Prince Harry will meet the US singer Jon Bon Jovi on Friday. Jon is recording a song for Prince Harry’s Invictus game foundation. It is for military veterans. Prince Harry was sixth in line to acquire the throne. However, in January he expressed his desire of being ordinary and not royal anymore. 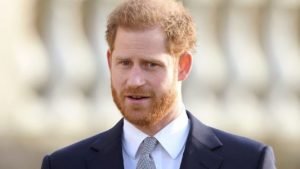 Meghan and Prince Harry will join Queen Elizabeth 2nd on March 9. A commonwealth day service will be held at Westminster Abbey. That will be officially the last public appearance of the Prince and his wife as royals. They will be in Canada and Britain, dividing their time to be in both places. Prince Harry also declared that he wants to be financially independent. However, they will still have their His/Her Highness titles. But Prince and Meghan will stop using these titles after March 31. They will cease to represent the Queen after that. 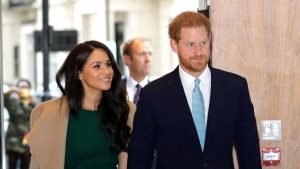 Prince Harry was wearing jeans and a baseball cap.
He was carrying a suit bag. Prince attended a meeting in Edinburgh. He is in a partnership with Travalyst for travel firms. The firm is committed to sustainable travel. Prince supports fighting for global warming. But he is accused of using private planes himself. However, Prince says that he mostly travels in commercial planes. On Friday, the meeting with Jon Jovi will be held at London’s famed Abbey Road Studios. This is the same place where The Beatles recorded multiple albums. Bon Jovi says that Prince should be known as “the artist formerly known as Prince.” 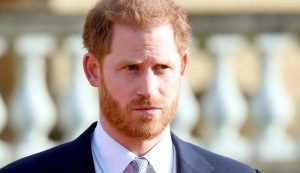 After March 31, a 12 month transition period will start. In this time period, the couple will work on their nonprofit organization. The prince will also attend the London marathon in April. They are also expected to attend the Invictus Games in the Hague in May. The couple has applied for the UK trademark for “Sussex Royal.” It will comprise of Fundraising, education, social services, and clothing.

Prince Harry and Meghan express great sadness in stepping down from the Royal Society. They will lead their life in their own ways without following the norms of royalness.