Netflix is what you call a lifesaver for TV Shows that have suffered on the small screen. There have been numerous cases where shows haven’t performed well on TV. But with the aid of Netflix, things have gone north for most of them. “You” is one of the latest entries in the string of original shows produced by Netflix. With the success of Netflix originals like Stranger Things, Dark and a few others, “You” is likely to make an impact. Season 1 of the show was released on platform on December 26th 2018 and 2nd on the same date of 2019. 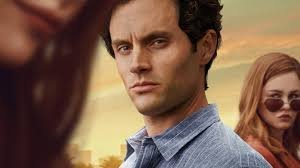 What Show is about?

The show is based on the book “You” by Caroline Kepnes. Its genres are psychological thrillers and crime dramas. The first season of the show emphasizes on Joe who is a bookstore employee. Joe is obsessed with Guinevere Beck which has led him to infiltrate in her life via means of the internet. He is practically sound when it comes to ways of the internet and uses it to pursue the woman. In his venture to settle relationship with Beck, he removes all obstacles between him and her. Season 1 ends on a cliffhanger which indicates it’s not over for Protagonist.

the next part came forward on December 26th 2019. In order to escape his past and establish a new identity, Joe Goldberg moves to Los Angeles. Over there he meets Love Quinn who dreams of becoming a world-class chef. Joe recalls his old habits and tries to perceive her in the same way he did with Beck. Again he uses means of social media to bridge the gap between him and Quinn. He gets involved in violence and ferocity and ends up following the same path as before.

Joe in many ways resembles Dexter because of his charming killer persona. Badgley has written the character of Joe brilliantly as, despite the type of character, he garners sympathy. The show makes you empathize with the protagonist as there are more evil people around him.  As in comparison to the previous season, this season is pretty well. It focuses more on the backstory of Joe and tells the tale of what circumstances made Joe what he is today.

Back when the show released on Lifetime, it didn’t garner much attention. The first season of the show didn’t get much critical praise and just received generally favorable reviews. On Rotten Tomatoes and Meta critic, first season’s scores are 6.97/10 and 74/100 respectively. The turnaround happened when Netflix made it an original show. For the second season, Rotten Tomatoes and Meta critic scores are 8.19/10 and 76/100 respectively. Scores considerably improved for the second season and once again Netflix reviewed one of the dying shows. 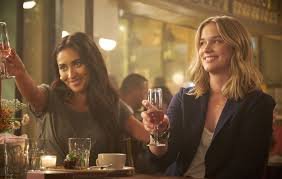 “You” has become a great show to binge-watch just like many other famous Netflix Original titles. Both seasons are available on the platform.