Sushant Singh Rajput Death Reason, A well-known Bollywood actor committed suicide on Sunday (June 14, 2020). He was found hanging at his Bandra, Mumbai. His death was a great shock for many people as it was the fourth death from the Bollywood industry in the past two months.

Many celebrities are pouring their condolences through twitter and everyone has a doubt that why he committed suicide. A week before his manager Disha committed suicide jumping from the 14th floor of the building. Even at that time, he poured his condolences for Disha’s family and there were no signs of him committing suicide.

Blurred past evaporating from teardrops Unending dreams carving an arc of smile And a fleeting life, negotiating between the two… #माँ ❤️

Sushant Singh Rajput is a well-deserved actor who has received several awards for MS Dhoni: The Untold Story, Kedarnath. He, from his childhood, thought of becoming an actor and sculpted him as an actor from the television and made a huge entry into the Bollywood industry through the movie “Kai Po Che!”. Recently his movie released “Drive” and the movie got a huge response from the audience. Sushant Singh Rajput upcoming movie “Dil Bachaare” and the movie shooting was temporarily shut due to corona lockdown.

His life was going quite well and his suicide gave a shock to everyone. Even in one his movies “Chhichhore”, this movie is basically for losers who fight against their fear and battles against suicidal thoughts. How could he commit suicide? there is a big mystery lying behind his death. As per the investigation, he was depressed for the past two months. But there are no reasons behind his death.

A person like Sushant Singh Rajput committing suicide makes you believe that no matter how much money you have, the amount of success and fame you, it can’t bring you peace in life. His public image changed basically with the release of his film Dhoni the untold story and he was seen with respect due to the glorious role played by him in this story. So with this role, he motivated youngsters to follow their dreams and be passionate about sports and to follow dreams.

He started his career by entering an audition for Abishek’s “Kai Po Che!” And was selected as a lead actor. The movie proved to be a commercial hit. And he was nominated for Filmfare award for best actor Male debut. His second movie was “Shuddh Desi Romance”. 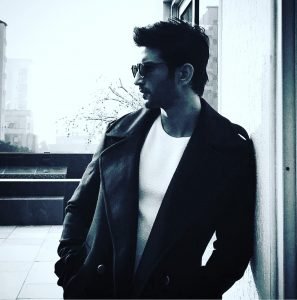 This film dealt with live-in relationships. Then his next movie was “PK”. Even though his role was small he got a chance to act with Aamir Khan and Anushka Sharma. In 2015, his release was “Detective Byomkesh”.The movie was a mystery thriller in which Sushant Singh Rajput played as a detective.

In 2016, he acted in the biography of Indian cricketer MS Dhoni named “ MS Dhoni: The Untold Story”. This was one of the highest-grossing films of the Bollywood industry in 2016. This film gave him huge fame and made him a familiar face all over South India. This film was praised by the critics for his performance and he got nominated for the Filmfare award for the best actor. 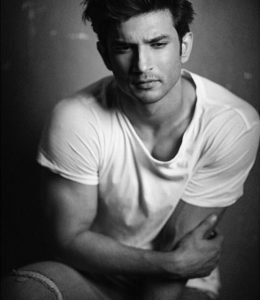 Sushant Singh Rajput was born on January 21, 1986, in Patna. His mother died in 2002 when he was 16 years old. And moved from Patna to Delhi in 2002. One of his sisters was a state-level cricket player. He finished his schooling in Kulachi Model School in New Delhi. He was quite good at academics. Also, ranked seventh in the DCE exam. SSR did his bachelor’s as a mechanical engineer in Delhi College of Engineering.

Then he started participating in dance and acting was competitions that lead him to have many arrears which made him drop college. He dropped his college when he in the third year to pursue his career. Then he joined Davar’s dance class and Barry John’s drama classes.

He wished to last forever as he realized that his career was in trouble. SSR became a member of a dance class club in just a few months. He was selected as a background dancer to perform at 51st Filmfare awards in 2005.

Then he started taking steps to pursue his career by moving to Mumbai and joining in Ekjute theatre group. He got a chance of featuring in TV ads like nestle munch. In 2008, he stepped into television and everyone knows what happened after that.

Most of the problems in life are because of mainly two reasons .i.e. we act without thinking or we keep on thinking without acting.

Suicide might be one of the options but it never is the perfect answer. I still can’t believe it! He will be always the hope for billion hearts!!!#ripsushantsinghrajput.

A FINISH WE NEVER EXPECTED