The trailer of ‘ The Zoya Factor’ will be out on 27 August. Just before that Sonam K Ahuja shared a teaser of her upcoming movie on Instagram. She looks like a Sports Goddess clad in a traditional Maharashtrian saree, pairing up with ornaments, and sports shoes (the zoya factor trailer) while holding a bat and a helmet. The film which is directed by Abhishek Sharma will probably release on 20 September this year. 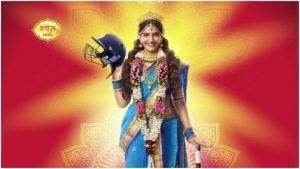 The film revolves around Zoya Solanki who suddenly turns out to be a lucky charm for the Indian team during the 2011 Cricket World Cup. The story is written by Anuja Chauhan and it is very interesting. Sonam will be seen sharing the screen with Dulquer Salmaan who is a superstar of South Indian film industry.