New Delhi, February 17, 2020: With advancements in medical science, health challenges are also peaking. WHO data states, heart diseases remained the top killer in 2016. Whereas, deaths from stroke occupied the second position. Scientists across the world are working incessantly to find effective cure for such diseases. A step forward in this direction is a study led by Barts Health NHS and University College London. Jointly, the institutes have tested an Artificial Intelligence (AI). The technique can predict heart attacks and strokes accurately. Moreover, it can detect them much before they even happen. Above all, in case of Coronary artery disease the results are more accurate.

CAD or Coronary Artery Disease occurs when the major blood vessels gets damaged. This is the one which supplies the heart with oxygen and nutrients. When plaque builds up, it narrows the arteries. As a result, the blood flow to the heart decreases. Eventually, it leads to complete blockage and then follows the heart attack. 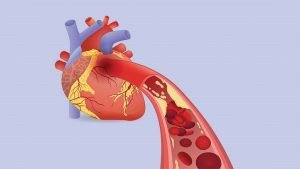 An AI named as CMR was used to track down the heart patients. It analysed cardiac scans of more than 1,000 patients. Fort the first time blood flow scans, which reveal problems with the heart, were read by a computer. Most of the patients were at average age of 60 years. They were referred to investigate suspected and known heart conditions which could be deadly.

The AI technology analysed the images. It instantly quantified blood flow to the heart. Simultaneously, the measurements were sent to medicals teams. The predictions were then compared with the health outcome of patients.They turned out to be amazing.

The technology was more accurate at predicting major cardiovascular events. Further within a 19 month follow-up than a doctor who used traditional means. CMR has been validated for detecting coronary artery disease with death. Additionally it can predict the major adverse events, such as heart attack, within a year. The scan images using this technique are difficult to analyze with the human eye.

Researchers are considering this technique a breakthrough. According to them, CMR has paved way for early detection of diseases. This will eventually lead to early preventive measures. For instance, controlling diabetes or high blood pressure could help. Drugs can help to lower cholesterol and can prevent clots. Hence, potential health threats like heart attacks and strokes can be averted.