Torbaaz trailer out recently. It is good news for all Sanjay Dutt fans. This is because his fans were depressed after Sanjay Dutt got diagnosed with cancer. They were just praying for his fast recovery. Also hoping when he will be back on the silver screen.

So now when the trailer is out, it has made his fans very excited. It will premiere on digital mode Netflix on 11 December.

Torbaaz Trailer out- Cast, Directors and Release date of movie 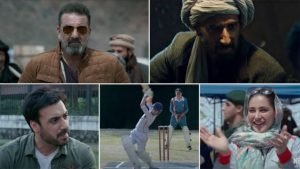 First let’s know about the cast and release date of torbaaz movie. Girish Malik is the director of this movie. The cast of this movie includes Sanjay Dutt and Nargis Fakhri in main roles. They both are playing positive characters. Besides this, Rahul dev is the actor playing the negative role in the movie.

Due to the Corona pandemic, its makers also decided to release it digitally. So it will be released on the digital platform “Netflix”. The release date for this movie is 11 December this year.

So there is no need to visit theatres to watch it. Get a Netflix subscription and watch it at your home. To add to your experience, you can even have popcorns at home. It will be perfect fun and enjoyment at home.

Storyline of the movie- Fighting Terrorism with cricket

After a long time, Girish Malik has come with an interesting concept. Torbaaz trailer out is interesting to watch. Sanjay Dutt is playing the main role in the movie. It revolves around an ex-army officer Sanjay Dutt, who has lost his son and wife in a terrorist attack in Afghanistan. He was very stressed and sad about this tragedy.

Now, to make himself come out of this tragedy and save children from the same misery in Afghanistan. So he makes a plan to become a cricket coach for refugee children there. He wishes to save children’s life from becoming terrorists.

To complete his motive, he starts to train cricket for refugee children. In Afghanistan, children are made terrorists to attack enemy countries. So he tries to make children enjoy their childhood. He is shown as so determined to save children in the movie.

Besides this, Nargis Fakhri plays a supporting role in the movie. She is involved in an NGO for children’s welfare. So she also decides to help Sanjay Dutt in saving children. They both together are trying to have a better future for kids in refugee camps.

Besides all this, Rahul dev is playing a terrorist role in the movie. He has a totally opposite motive from Sanjay Dutt and Nargis Fakhri. His motive is to make Refugee kids terrorists and use them to attack other countries. He wants to use them as “Suicide bombers”.

So it can be said as the story will revolve around the fight between good and evil. It will be interesting to watch who will win in the end. 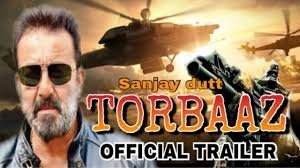 The news of Sanjay dutt diagnosed with cancer was sad news for his fans. This news came just after a month of release of his movie Sadak-2. So since then, his fans were praying for his speedy recovery. They were just hoping that soon he will come back to the industry.

So news of the Torbaaz trailer has made his fans happy. It is much awaited by them. This will be the first movie after his recovery. Hence they are waiting for this release.

Fighting the biggest problem of terrorism through cricket is an interesting concept till now. It is the first movie where its makers have thought to use cricket theme as a tool to fight terrorism. It will be interesting to watch whether Sanjay Dutt will be able to complete his motive.

Another interesting to watch Sanjay Dutt in a movie after his recovery. It will be exciting to watch him again on the screen by his fans. So it is another exciting thing about the movie.

So get your Netflix subscription before 11 December to watch this exciting and interesting movie. 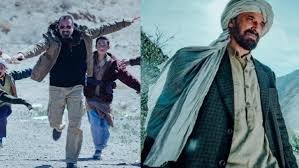 Torbaaz trailer out has come with a unique concept. Its trailer is quite interesting to watch. Now we can just hope whether it will prove to be a great comeback movie for Sanjay Dutt fans or not. You will come to know about the complete reactions of the audience on 11 December.