We Can Be Heroes teaser has been launched recently. Are you also a superhero movie fan? If yes, it is good news for you all. This is because it is another superhero movie they always wait for.

But to decide if you should watch it or not is a big question. But don’t worry this article will prove as an answer to this question. It will tell you everything about this teaser and to which this movie relates.

We Can Be Heroes teaser- Launch of new teaser

Read this article to find out which of your favorite actors are part of this movie. It will let you know what are its exciting features. Also, you will know how it can be a good experience in the Corona times. But to know all this, you must read this complete article.

We Can Be Heroes teaser- Cast, Director and Decided release date

Firstly let us know basic things like its release date, cast and director of this movie. It is a sequel to the 2005 movie titled The Adventures of Sharkboy and Lavagirl. Cast of this movie include Priyanka chopra, Pedro Pascal, Boyd Holbrook, Vivien Lyra Blair in the main role. There are no. of other actors who are part of this upcoming movie. These actors include Sung Kang, Andy Walken, Christian Slater, Dylan Henry Lau.

Director, Writer and Producer of this movie is Robert Rodriguez. This is the same as the movie The Adventures of Sharkboy and Lavagirl. This movie is releasing digitally on Netflix. So you will be able to watch this movie with Netflix subscription from 1 January,2021.

Theme of the movie 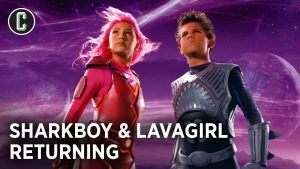 We Can Be Heroes teaser doesn’t reveal much about movie. But in this short teaser, some basic things have been shown. It shows that aliens kidnap  superhero parents . So to save them from these aliens, children will use their superpower. Its name explains its theme itself.  This is because it has its name We can be heroes and children become heroes in it.

At last, it is interesting to see how they will save their parents from aliens. Besides this, Priyanka chopra is villain in the movie. She is first time playing  a negative character. She is taking superhero children as small children and not able to do much. So she is just saying that they won’t be able to do much.

We can be Heroes teaser- Negative role of Priyanka Chopra Jonas 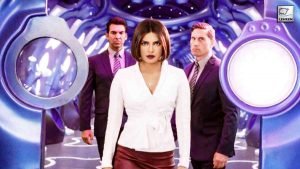 She is shown as a government babysitter in the teaser. Also, it shows that she has some sort of mysterious nature. This is the first time she is playing a negative role in a Hollywood movie.

We can be heroes teaser- A new Treat for Superhero fans

It will be a new year treat for all superhero fans. This is because the release date of this movie is 1 January, next year. Also it will be an end of the wait for the next part of the movie The Adventures of Sharkboy and Lavagirl. So this new year will be fun and entertaining for superhero fans.

Besides this, there is no requirement to go anywhere to watch it. You can watch it in your mobile phones or laptops. To add to this experience, you can prepare popcorn along with watching it. It will make you feel just like sitting in a theatre. So sit in your rooms and have fun watching it.

Expectations from We can be Heroes movie 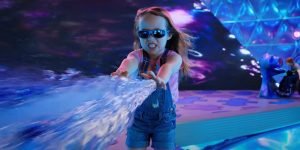 Superhero fans are expecting much from this movie. Since this is the next part of the movie The Adventures of Sharkboy and Lavagirl. So people are curious to see how it will close the mystery raised by its first part.

They are expecting much more excitement than the earlier movie. Another interesting part is children using their superpower to save their parents. So it is basically excited for children superhero fans. Besides this, the negative role of Priyanka Chopra is also exciting for her fans to watch this movie. So much is expected from this upcoming superhero movie.

Conclusion for We can be heroes teaser

This new year will decide whether it is as per expectations or not. So wait for this new year for a new Superhero thriller movie. You will be able to see this movie on Netflix. So take its subscription till that time.