Ayushmann Khurrana, as we all know him for his classy roles as an actor and a superb singer in his movies. He was born as Nishant Khurrana on 14th September 1984 in Chandigarh, India. An actor, a singer, a writer, a lyricist and most importantly an amazing human being. For the very first time Ayushmann won the second season of MTV Roadies. In the year of 2004, Ayushmann created his different recognition. Vicky Donor established a spellbound pattern of movies. After that Ayushmann never looked back. In the same movie he played the character of a sperm donor. He initiated ruling the space of the Hindi Cinema with his debut. Ayushmann weaved happiness of gathering Filmfare awards for his first movie. 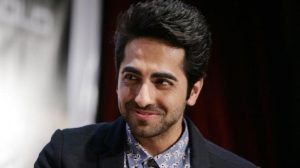 Since then, Ayushmann changed the traditional manner of movies. Giving the righteous foundation to low budget films Ayushmann is so busy in slaying. He portrayed his extraordinary skills of acting with social messages. Ayushmannn Khurrana is truly a modern magician of the Bollywood.

These are his top best performance in Bollywood-

Khurrana played a young man named Vicky who is a sperm donor. He kept the fact of being a sperm donor an absolute secret. The unconventional character was accepted warmly by the audience as it treated them with undeniable laughs and lots of entertainment. 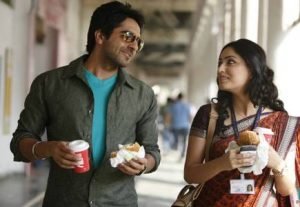 Ayushmann took the hearts of many people by his unique character of Mudit in Shubh Mangal Savdhan. Tackling the issue of erectile dysfunction, he simply rocked the floor of the bollywood. Shubh Mangal Zyada Savdhan is also on it’s way. Ayushmann is investing high endeavors for the sequel of this movie.

Andhadhun has raised grounds of the story in a film. Perfect film is the most suite adjevtive for Andhadhun. Upgrading the standards of the Indian Cinema Ayushmann added grace to the role of Akash. Honoured by National Award for Andhadhun, Khurrana redefined the power of acting. 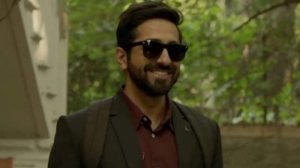 This blockbuster movie features Ayushmann as Nakul, an ordinary guy who finds out his parents are expecting a baby. The film had plenty of lol moments and sharp humor where he has to deal with judgmental friends and society. Above all Ayushmann is an inspiration for others.

Ayushmann played Ayan, an IPS officer in this hard-hitting social drama based on true events. Article 15 dive into the Indian caste system and Khurrana had it with an applause-worthy performance. Similarly, he is formulating an incredible dose of films for the audience.

Karam aka Pooja as played by Ayushmann in this comedy movie is a small town boy with a unique talent. Karam holds the charm of transforming his voice to sound like a female. As he starts working at a friendship call center where his callers fall deeply in love with his voice as Pooja. Moreover, Ayushmann showcased an untouchable league of talent with Dream Girl. 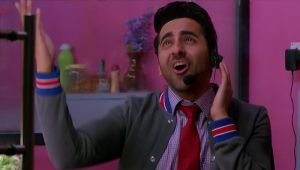 in conclusion, Ayushmann Khurana reconciled the actual picture of the Bollywood by his art of drama. However, he never wrongly showed off his massive abilities. He managed other modern societal issues in a very quirky and not preachy way. More importantly, Ayushmann performed all roles in (ayushmann khurrana movies) a balanced manner where it doesn’t hurt people’s sentiments. Entertaining the audience has always been his priority. There is no doubt that he is emerging as a new light of the Bollywood. In other words, Ayushmann is fulfilling the expectations of audience with an all innovative way of presentation.