Beijing, March 2. 2020: After trumpeting about its achievement on successfully containing coronvirus, China is back to square one. It is now talking about asymptomatic infections in its official statistics. That means coronavirus has once again started striking her. Although, there were many conspiracy theories behind outbreak of coronavirus in China, but experts ridiculed it initially. However, when suspicion raised on China’s in hiding the real death numbers from Covid 19, dots started connecting. We also have reasons to say so.

So far China has claimed that only 3300 people have died from coronavirus on her land. However, China’s wireless carriers are reporting drops in users as the coronavirus crisis cuts business activity, with China Mobile Ltd. It is world’s largest carrier and is witnessing net decline for the first time since 2000. China Telecom Corp. has said it lost 56 lakh users in February while China Unicom Hong Kong Ltd. subscribers fell by 12 million in January. Clearly, China is lying on the real death numbers. 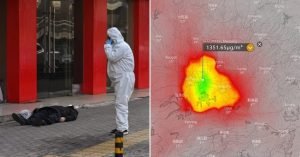 In February, satellite data suggested a massive amount of sulfur dioxide being released into the air. Sulfur concentrations were especially high around Wuhan. Experts believed this was due to Chinese crematoriums burning thousand of infected dead bodies in a day. According to them possibly Chinese government had hidden the actual severity and death numbers from coronavirus .

A White House report has concluded China’s official death figures are fake. According to the report, locals have said there were almost 42,000 deaths in Wuhan from Covid 19. On top of that, thousands of urns filled with mortal remain are being sent by funeral homes across the city. The US officials have anonymously said, China’s reporting on the outbreak has been intentionally incomplete. 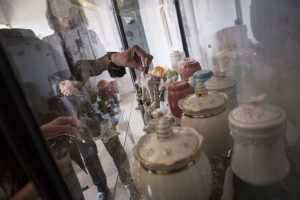