India China Clashes on border occurred on 15 June. Both the countries faced one of the worst situations at borders in the past 60 years. As a result of which both the countries lost their soldiers in the clash that occurred in the Himalayan territory. The casualties are reported on both sides with Indian army losing its 20 soldiers till now. Although the meetings and diplomatic talks are going on between the two countries for many weeks.

The first question is what happened at the India China border. Accidently, on 15 June that is on Monday night, Indian soldiers and Chinese troops met each other near steep Mountainous region near the Galwan River. The clash occurred over an argument of Chinese troop position on the Southern Bank of the Galwan river which is a buffer zone.

The two groups started fighting and soon this resulted in hand to hand fight. During the encounter, one Indian Commanding officer fell from the steep and died. Soon, this turned into the worst scenario where stones, iron rods and other weapons were used by both the side in total darkness for six hours. In a government report, it was stated that most of the soldiers died by falling off from the mountain. 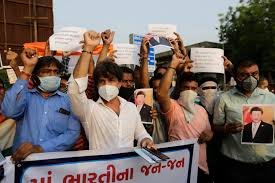 Both countries are blaming each other for the outbreak. The clear and full details of the outbreak are still confusing. Although China has refused to share the details of the number of deaths. China has also blamed the Indian Army for crossing borders and provoking Chinese Army.

Us Government and United Nations have expressed concern over the issue on the border between India and China. They have appealed both the countries to maintain peace. The United States is monitoring the situation along the Line of Actual Control. Both the countries want to resolve this issue peacefully and none of them wants to engage in any kind of war.

Narendra Modi has called for a meeting on 19 June to discuss the situation at India China border.

THE HISTORY BEHIND THE TUSSLE

Aksai Chin, the land area which is claimed by China to be a part of Xingjiang. While India claimed it to be apart of Ladakh. Being at an altitude of 14000 feet, the land is inhospitably covered with snow and freezing temperature.

This confusion over the Aksai Chin is due to the inefficiency of Britain government while they were ruling India. There were two borderlines proposed, one was Johnson Line and the other was McDonald Line. While Johnson line (1865) proposed Aksai as a part of Indian Territory and McDonald line (1893) claimed it to be a part of China. 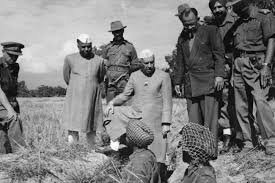 India and China fought the infamous war of 1962. As a result of which de facto boundary or Line of Actual Control was formed. There is a line which separates Indian occupied territories from China occupied territories. Both the countries want to establish claims of their territory and have built roads, infrastructures and stations.

SOME KEY EVENTS THAT LED TO TENSION BETWEEN THE TWO COUNTRIES

In 1967, Chinese troops were spotted in Nathu La region. Indian troops ask the commanders to return back. This happened, again and again, in spite of many warnings. Indian Army tried to resolve these conflicts in a peaceful manner. Finally, Chinese troops returned back to their own territories. China again attacked the Nathu La region. In return, India open fired which resulted in China losing its 400 soldiers.

After Nathu La, they attacked Cho La post. Chinese Military claimed the region and questioned the Indian Army’s position. This lead to a fight between India and China where China lost.

In 1987, the Chinese Army attacked Sumdorong Chu and built its helipads. Other similar constructions were held over the region. Indian army objected the presence of Chinese troops. In the end, Chines troops decided to back off. Finally in 1983 India and China signed a pact ensuring peace at LAC. 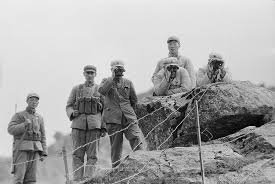 In 2017, a 72-day standoff was started in Doklam when Chinese army tried to construct a road near the area. Indian army stopped this construction of the road. Both the country decided to talk and came over an agreement to pull back the troops.

In May 2020 tension started between India and China. According to Indian analysts, China is trying to occupy Indian territory. The spark between the two countries emerged because of the construction of a road. The road lies in Indian territory and is being built for a remote air force base, passing through the Galwan valley. This construction of the road has made China furious.

The tension over the India China borders has gained attention. None of the countries wants to have a war. Both China and India are trying to without hostility. This incident has triggered emotions of Indian.