Sushant Singh Rajput movies: Deeply saddened by the untimely demise of the irreplaceable gem of the Bollywood industry SSR, the fans are eagerly waiting to watch SSR’s last movie. His death has left everybody in a deep shock and utter silence. Here are the full details of SSR’s last film, Dil Bechara. 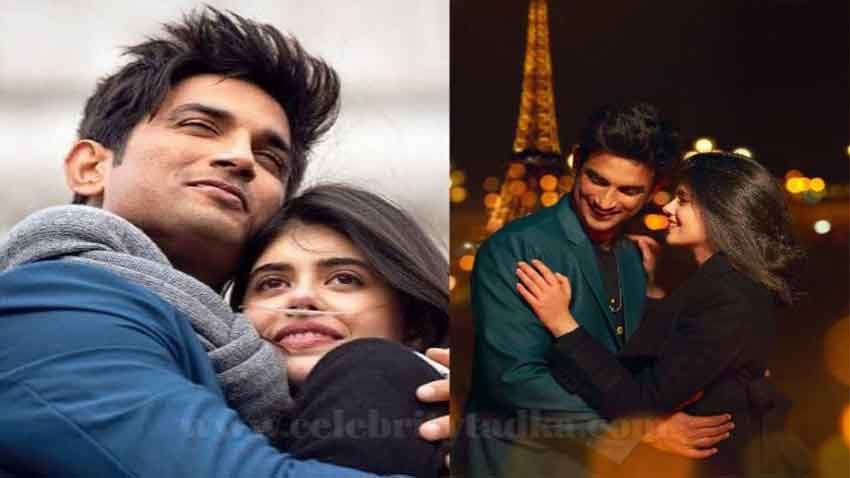 Here you know Sushant Singh Rajput upcoming movie or rather say the last movie would be Dil Bechara. For people wondering whether the Dil Bechara shooting completed or not, we have good news. Currently, the movie is in the post-production stage and ready to be released soon. Dil Bechara is the Hindi adaptation of John Green’s 2012 novel, Fault in our Stars. Moreover, a Hollywood drama titled Fault in our Stars has previously been released with the same story.

The previous title of Dil Bechara was ‘Kizie or Manny’ but was later changed. The title change was due to the track of the movie ‘Dil Bechara’ as it encompasses the theme of the entire movie. It was believed that the title Dil Bechara (The helpless heart) is more suitable and the audience will easily relate to it. The lead roles in Sushant Singh Rajput’s upcoming movie are SSR and Sanjana Sanghi along with the Nawab of Pataudi, Saif Ali Khan. Mukesh Chhabra is the director of the movie who has worked with dedication to bring out the best outcome. The shooting of the movie commenced on 9 July 2018 in Jamshedpur, Jharkhand. The music of the movie is composed by the great artist A. R. Rahman. The very talented Farah Khan has shot for a climax shot in Paris. Besides, SSR’s last film Dil Bechara also has a title song ‘Dil Bechara’ in it.

Earlier, Dil Bechara release date was scheduled on 8 May 2020 but due to the outbreak pf COVId-19, it was postponed indefinitely. Also, there are reports that the Indian production house Fox Star Studios will release the movie on Hotstar + Disney. The release date on the OTT platform has not yet been announced but SSR’s fans are certainly not happy about it. Undoubtedly, SSR’s last movie deserves to get released on theaters but due to the global pandemic, things are uncertain as of now.

Dil Bechara’s story is based on the English novel Fault in our stars. It is a love story of two ill cancer patients that will capture a deep place in your heart in no time. With Sushant Rajput gone, it would be extremely difficult to watch the movie and it will surely leave everybody in tears. So, get ready to encounter the real essence of true love and the spectacular smile of SSR for one more time.

The first poster of Sushant Singh Rajput’s upcoming movie, Dil Bechara was shared by SSR himself on his SSR twitter handle. The poster spotlights the back of SSR and debutante Sanjana Sanghi sitting at a bus stop with an oxygen cylinder beside them. The poster included the scheduled premiere date in theatres as 29 November 2019.

The film would be the last screen appearance of the talented actor and people wouldn’t like to miss this opportunity. Sadly, SSR is no longer among us to witness the success of his last movie.

SSR’s fans are in deep grief with the loss of the incredible actor and now wish to watch Sushant Singh Rajput’s upcoming movie in theatres. Their reaction to the release of Dil Bechara on the OTT platform is obvious and valid. They want to give SSR a tribute by watching his last film on a big screen. So, they have now started trending #DilBecharaOnBigScreen.

One of SSR’s fans tweeted, “#DilBecharaOnBigScreen. It’s our final chance to watch Sushant exhibit his incredible & unsung talent on celluloid. I think he deserves that at least, an OTT release won’t do justice to him. No matter how long it takes for cinemas to re-open, I will wait for it.” 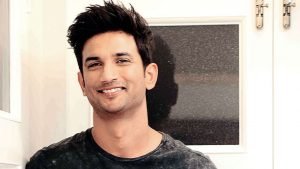 Sadly, the talented actor of the Bollywood industry Sushant Singh Rajput is no more. He committed suicide at his Bandra Residence near Mumbai on 14th June 2020 by hanging himself. Sushant Singh Rajput’s death reason is unknown as of now and the police are investigating the case. But there are reports that he was under clinical treatment for depression for the last six months.

Sushant Singh Rajput’s upcoming movie’s director Mukesh Chhabra took to twitter and wrote a sad note. He was heartbroken and tweeted, “Sushant was like a brother to me, it is so unfortunate and heartbreaking and I cannot even put it down in words. Sushant was an introvert but he was really intelligent and talented beyond words. The industry has lost a gem, an irreplaceable gem. Deeply saddened and shocked. I still can’t believe it. Our endless conversations have come to an abrupt end. I hope you are in a better place my brother, will always miss you and love you.”

The last release of SSR was a Netflix film Drive starring Jacqueline Fernandez. The movie was a total hit and SSR’s acting was extraordinary. Besides, the actor has played incredible roles in many movies and has never failed to surprise the audience. His movies include Chhichore, M. S. Dhoni- The Untold Story, Shudh Desi Romance, Kai Po Che, Kedarnath, and many more.

Moreover, he had many movies in his kitty including Rifleman, the story of the brave martyr Jaswant Singh Rawat. Reportedly, there was a controversy between the makers of ‘Rifleman’ and the makers of ‘72 Hours: martyr who never died’ who claimed to have the original rights.

However, on Army Day i.e. 15 January, Sushant posted on his social media handle that he is proud to be a part of the film, Rifleman.

Undoubtedly, Sushant Singh Rajput was a multi-talented actor who won millions of hearts with his spectacular acting. The news of his sudden death was hard to digest and heartbreaking. We all are desperately waiting for SSR’s last film to release and are ready to watch it with a heavy heart. Sushant Singh Rajput’s age was just 34 years and it’s very hard to bid him goodbye. He deserved a much brighter career in the Bollywood industry and such an abrupt end was unexpected. We hope that he is in a good place now and may his soul rest in peace.