Besides rich diversity and culture, India is also known for its mysterious temples. This is because there are a variety of different temples which people visit not only for worship but also due to a mystery  or divine connection attached to it. To unfold the mystery behind these temples, read this article till the end. 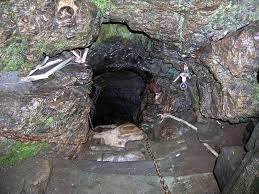 This is the very first temple in the list of mysterious temples in India. It is situated in Pithoragarh district of Uttarakhand. People worship Lord Shiva in this temple. There is a very big mystery attached to this temple which is related to the end of this world. This temple has a Shivalinga which is situated after a series of caves. According to the belief of people, the size of this Shivalinga grows in size every year. So, the day when this size reaches at the same height both at the top and bottom, then there will be the day of the end of this world. 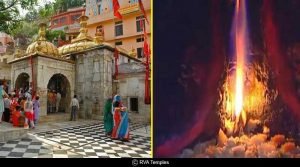 Jwalamukhi Temple is situated in Kangra district of Himachal Pradesh. It is the temple of Goddess Jwalamukhi. Most people know that it is among 51 Shakti Peethas which people worship. But there is something interesting to note about this temple. There is 1 mystery associated with this temple which is beyond science. In this temple, there are 9 flames which are believed to be of 9 Avatars of Goddess Durga. These flames light everytime and till now no scientists are unable to find any reason why they light without any material used in it.

Besides this, many years ago, Emperor Akbar tried to douse these flames. For this, he used flow of water but the flames kept burning them also. Due to this, Akbar realised the power of Goddess and offered a Golden Chatra to the temple. But the Goddess declined to accept it and it immediately turned into copper. This Chatra is still available in the temple to be seen by people who came here for worship. So this temple can be described as a divine power of the Goddess which we humans can’t even imagine. 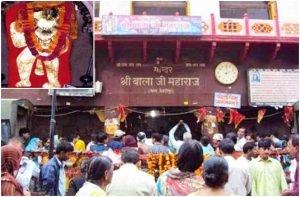 Next in the list of mysterious temples is Mehandipur Balaji. As the name suggests, this temple is of Balaji which is another name of Lord Hanuman. It is situated in Dausa, Karauli district of Rajasthan. This temple too has a divine connection attached to it. It is believed that people suffering from evil spirits get relieved of it.

Also, it is a belief that Goddess Hanuman himself blesses and helps to provide the person relief from such evil spirits. Besides this, it has power which makes people free from sorrow, pain, anxiety and miseries in their life. So people from various states visit there to get blessings from Lord Hanuman and experience the divine connection of this place.

There is yet another temple among mysterious temples which has some ancient mysteries of India. This temple is situated in the Jaisalmer District of Rajasthan which is of Goddess Hinglaj Mata. There is a very great mystery attached to it and can be said as the protector temple. This is because this magical temple has such a divine power that it doesn’t get destroyed from big bombs thrown on it.

It was the time of Indo- Pakistan war in 1965 and 1971 when Pakistan threw bombs on this temple but nothing happened to the temple. So it can be said as nothing but the divine connection which is attached to this temple. Till now also, those bombs are available in this temple. 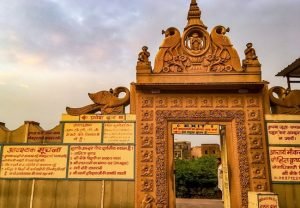 Another in the list of mysterious temples in India. It is not basically a temple but a place where it is believed that Lord Krishna comes every night for Raslila with Gopis. Though this is a beautiful place to visit in the morning, people are advised to avoid this place at night. This is because of such a divine connection attached to this place.

It is also said that many people who tried to test its divinity either found dead or unconscious in the place. Also some cameras were too installed in this place to check it and Yes to confirm, some unnatural and weird activities were recorded in the place. So it can be truly said as a divine place but it is better not to understand everything which is beyond thinking. Otherwise it will only disturb us and can create problems. 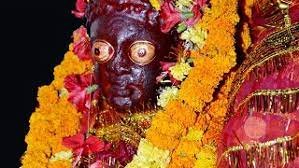 Maa Mundeshwari temple is situated in the Kaimur district of Bihar. This temple is of Lord Shiva and Goddess Parwati. Like other temples mentioned above, a mystery is associated with this temple too. This mystery is the unique type of Goat sacrifices which is offered here. We all know that mostly goat sacrifices are made by using a sword or any sharp material. But in this temple, goats are only laid down in front of the Goddess and some rice and flowers are applied on the goat. In a few minutes only the goat becomes unconscious. Yes this truly can be said as a magic and divine power of the Goddess which is connected to it.

Finally, I would say that the above are only a few of the mysterious temples in the Indian temple history. So if you are also a person who loves to know about mysteries and believes in divine connections. Then, you must visit these temples and any other mysterious temples once in your life.