As we all know that kid of today’s generation are ruling the world right now. All the kid have some additional talent with them but there are some kids who are born with soms kind of x-factor like Rudolph Ingram. Today we will talk about a kid who has became a sensation at just 7 years of age. You guys will think that we are creating a buzz in front of you all but believe us , we are talking about reality. 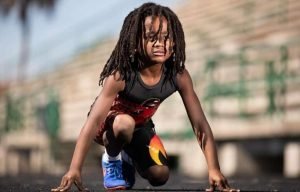 Rudolph ingram, a 7 year old kid from Florida , United States has nowadays became famous all around the world because of his tremendous athlete skills. We all know about champion athlete usain boult who has a world record added to his name. Usain boult has completed 100 meter race in record 9.8 seconds. But this phenomenal kid has made a world record when he is just 7 years old. 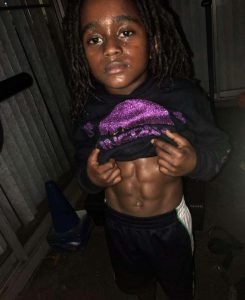 Ingram is the fastest runner around USA. Recently he has completed 100 meter race in just 13.4 seconds which is a world record. Believe us he is just 7 years old now. He has won 36 medals till now. People around him called Ingram as the usain boult of his age.
Interesting thing about Rudolph is that, he is not only the fastest athlete but he is a football champion too. At this small age he has become master in both football and running. Rudolph has became a celebrity at this young age. He has about 5000 followers on Instagram.
Rudolph says that his father is his inspiration. He stays with his father whole day and play various kind of sports. He want to go to NFL and we are pretty much sure that he will make it to the NFL. 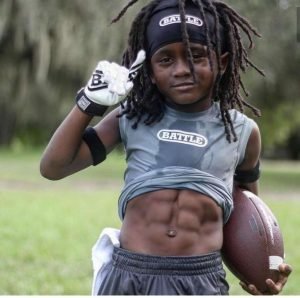