Tata Motors to launch electric vehicle car by end of 2030 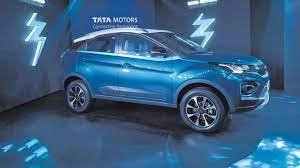 The government of India has its plan to move to 100 percent electric vehicles cars by end of 2030. In past months the U.S. based TESLA made headlines to enter Indian market. Now, it’s the turn of Tata Motors announcing indigenous automaker to launch 10 new battery electric vehicles by 2025.

What do you understand by electric vehicles?

An electric vehicle refers to a vehicle which uses electric motors for propulsion. Hence, every country needs it in order to reduce the local concentrations of pollutants in cities. Tata upcoming car shall change the whole scenario in Indian market.

Eventually, there shall be a reduction of fossil fuels emissions with use of Electric vehicles. It will help in boosting the climatic change of the country. We need it not only for economic growth but also for reducing damage to the environment.

In recent times the government of India is pressuring the automobile makers to develop electric vehicles.  This nudging is due to intention of reducing the carbon footprint. We all are looking forward towards the Tata latest car in future. 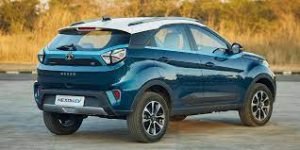 Where Tata is motors and how much scope does it hold in Indian market?

However, the Tata Cars have two fully electric models- Tata tiger EV and Nixon EV in the market. Though the Nixon electric vehicle is India’s best selling electric passenger with the sales of more than 4000 units since its launch in January.

This company has the largest share of electric cars in India. According to the chairman of Tata Motors, “ N Chandrasekaran , “  In India the electric vehicle penetration has been double to 2 percent and this also get increase in the coming times. With this announcement the Tata motors is expecting higher Tata motor sale.

The Tata electric cars shall lead to this change in the market. As per his saying the India shall witness 10 new electric Tata cars much soon. He made this statement in annual repost for FY21. If you plan to buy Tata new model car it shall fetch you lowering of GST on purchase of same.

Eventually, it shall get reduce to 5 percent from 12 percent. Moreover, government has additional plans to offer income tax incentives to individuals purchasing electric vehicles.

As per survey done most people agreed to the bright future of electric cars in India. The ever rising fuel prices and government’s subsidy will act as a lucrative for general masses.  It shall reduce the commute costs in long run. Moreover, the maintence of electric car is much lesser than conventional car.

Its need become more appropriuate with the increasing population of the country. Nonetheless, it shall have a positive change in the automobile industry. No doubt it shall be the responsibility of the government to promote the electric mobility in India.

A person planning to buy electric cars will receive tax cuts and many subsidies in order to encourage the sales. However, it’s a total wait and watch over period for the future of electric cars in India.