Prashant Kishor was born in 1977, and currently, he is an Indian political strategist and an ex-politician under Janata Dal. He was expelled from the party on 29 January 2020 for criticizing Nitish Kumar’s supportive stand on Citizenship Amendment Act.
Before entertaining the political world, he uses to serve the United Nations for eight years, and now he is currently working actively for the upcoming Bihar assembly election.
Kishor has worked as an election strategist for both BJP and Congress. His first primary political campaign was in 2011 to help Narendra Modi for the post of Chief Minister of Gujarat. But the public noticed him when he helped Narendra Modi party Bharatiya Janata Party (BJP) to win an absolute majority in the 2014 Lok Sabha election.

Kishor belongs to Konar village of Rohtas district, but his father, Dr. Shrikant Pandey, was shifted to Buxar in Bihar. So he completed his secondary education from Bihar.

CAG and the 2014 general-election campaign

In 2013, Kishor created Citizens for Accountable Governance (CAG), a media and a publicity company for May 2014 general election of India.
He is the one due to which Narendra Modi has an innovative marketing and advertising campaign like Chai pe Charcha discussions,3D rallies, Run for Unity, Manthan, and other social media programs.
Kishor parted his ways from Modi in 2018 and converted CAG to Indian Political Action Committee (I-PAC).

In 2015, I-PAC worked with Nitish Kumar to let him win as Chief Minister of Bihar in Assembly elections.I-PAC is named after the US-based lobbying groups who work as a PAC designed by a cycle carrying the message of the CM’s seven commitments, with the slogan “Nitish ke Nishchay: Vikas ki guarantee.”
After winning Bihar elections, Chief Minister Nitish Kumar appointed Kishor as his advisor for planning and program implementation for his seven-point schedule, which was promised during Kumar’s election campaign. 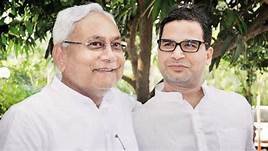 In 2016 Kishor was hired by the Congress Party for Punjab Assembly Elections to help Amarinder Singh’s campaign in Punjab, which was due in 2017.
As soon as Amarinder Singh winning the election, several Congress leaders like Randeep Surjewala and Shankersinh Vaghela openly congratulated Kishor for the win. Singh also tweeted, “As I have said many times before, PK & his team and their work were critical to our victory in Punjab!”.

In 2016 Congress re-employed Kishor for the 2017 UP Elections. But the elections were a massive defeat for Congress and Kishor as BJP won more than 300+ seats, and Congress could only manage seven seats.

Kishor was appointed as a political advisor to Y. S. Jaganmohan Reddy, in May 2017, was again a massive success as YSRCP won 151 seats out of 175 seats. For that, I designed and executed a series of electoral campaigns like ‘Samara Sankharavam”, “Anna Pilupu,” and the “Praja Sankalpa Yatra.”
Delhi Assembly Elections 2020
Kishor was also the backbone of the Aam Aadmi Party in 2020 Delhi Legislative Assembly elections, where AAP win with a majority of 62 out of 70 seats in the polls. 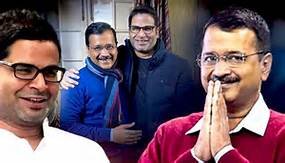 West Bengal Elections 2021
Now Kishor is appointed as an advisor of All India Trinamool Congress for the 2021 West Bengal Legislative Assembly elections. 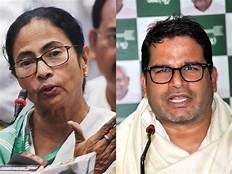