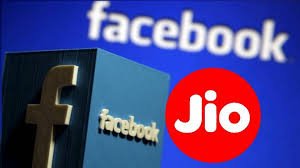 Once again Reliance is making headlines in the news. The giant social networking site Facebook investment is the reason behind it. Mark Zuckerberg announces in a Facebook post that they will be acquiring 9.99 per cent stake in Jio Platforms Ltd (JPL) through a fresh issue of shares worth Rs 43,574 crore.

The deal values JPL- the holding company of Reliance Jio – at an enterprise value Rs 4.62 trillion. JPL’s equity value works out to Rs 4.46 trillion after Facebook’s investment, making it the fifth most valuable company in the country. While leaving behind its parent Reliance Industries (RIL), Tata Consultancy Services, Hindustan Unilever and HDFC Bank.

What is the benefit of both parties?

This is a “win-win deal” for the parties. This collaboration will help the Reliance group not only to reduce the debt but to collaborate with the big tech giant. This will expand the expertise in areas including e-commerce and enterprise solutions for the small and medium enterprise.

With this move, RIL shares jump to 10.3 per cent, to close at Rs 1363.35 on the BSE. The transaction could possibly help Facebook find new ways to monetise in a different venture. They could possibly monetise WhatsApp and make a dent in the enterprise where its competitors like Amazon and Google are heading. 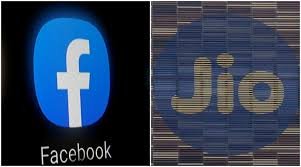 Post -deal plans suggest that JPL will retain Rs 15,000 crore thus by reducing its debt to Rs 25,000 crore. The remaining cash from Facebook will move to RIL after redemption of the optionally convertible preference Shares (OCPS).

A stake in JPL will also give a strong toehold in the digital sweepstake in India where it competes with big boys like Google. If we compare in FY19 Facebook Online Services revenues made to Rs 892 against Google India’s Rs 4,147 crore.

How it will help the economic stability of India?

Such a pandemic crisis needs support from big businesses. Anand Mahindra, chairman of Mahindra & Mahindra says that the deal is not just helping them both. But playing a greater role in strengthens the economic stability of India. He says, “it is strengthening the hypothesis that the world will pivot to India as a new growth epicentre.

Even Harsh Goenka says, “this deal is a great confidence booster for India, India Inc and for Reliance”. This transaction shows how far Indian companies are reaching during this global turbulent time.